The 1320MW Maitree Super Thermal Power Project, popularly known as Rampal power plant near the Sundarbans, achieved about 31.96 per cent physical progress until the date.

The government has so far spent about Tk 38.24 billion (Tk 3824 crore) or 24 per cent of the total expenditure of Tk 160 billion (Tk 16000 crore) for construction of one of the country’s top priority based fast track project jointly being implemented by Bangladesh and India.

At a recent secretary level meeting in India, Bangladesh and Indian power secretaries expressed their satisfaction over the progress, said officials of Power Division. They hoped the project will be implemented in schedule.

The first unit of the project will come into commission in February 2021 and the second one in August of the same year.

According to official sources, the initial infrastructure works of the project has already been completed. Besides, the test pilling works of major areas have also been completed along with trial and testing.

Construction of water system and power commissioning for implementing the power project have also been completed while construction of road and drainage systems are in progress.

The power plant authorities are now constructing the unit-1 boiler and cooling station for implementing the project in 2021.

Meanwhile, the Rampal coal-based plant authorities have sought 2-3 years VISA for foreign experts instead of current practice of one year for gearing up the power plant construction work.

The government is implementing the power plant with Tk 128 billion (12,800 crore) loan out of Tk 160 billion (16,000 crore) project expenditure, said an official concerned.

US bank upbeat about Bangladesh's economy

National unity must to face conspirators against progress: Menon 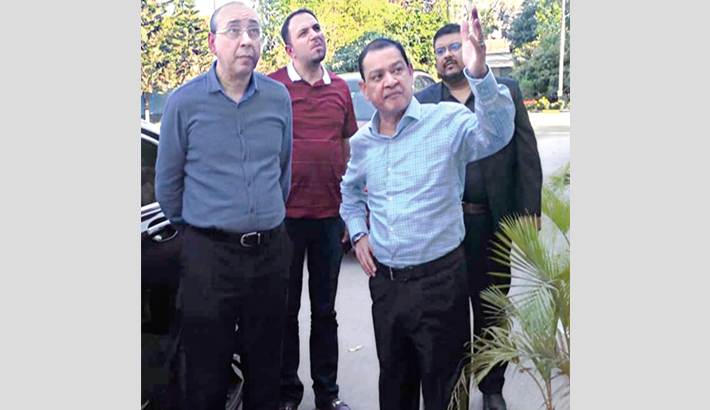 BASIS SoftExpo to be held at ICCB