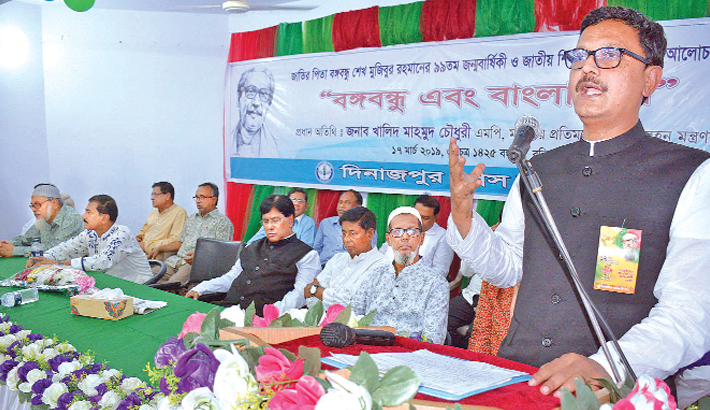 State Minister for Shipping Khalid Mahmud Chowdhury speaks as the chief guest at a discussion to mark the 99th birth anniversary of Father of the Nation Bangabandhu Sheikh Mujibur Rahman at the conference room of Dinajpur press club on Sunday. — Md Delwar Hossain