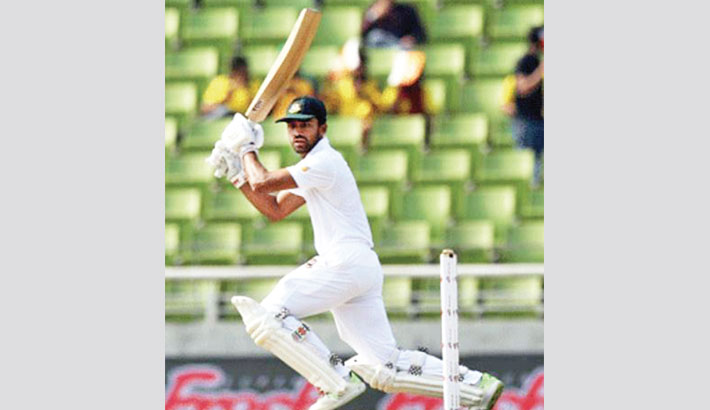 Bangladesh opener Shadman Islam said on Tuesday that they are taking inspiration from the second innings of the opening Test as it gives them the confidence of making a turnaround.

Bangladesh lost the opening Test by an innings and 52 runs but that hardly takes away anything from the fact they had really given the hosts some torrid time in the middle courtesy of stand-in Mahmudullah Riyad and Soumya Sarkar’s brilliant centuries.

“’The way we came back in the second innings, hopefully we will continue to do the same in the next Test,” Shadman told reporters on Tuesday.

“’Wellington’s wicket is going to be different then Hamilton. Obviously we are mentally well prepared. Hopefully we will do well,” he said.

“’Wind will be there and it’s natural. I don’t think it’s going to be a problem if we play our normal game. If we let this wind issue get into our head then it might be a problem. I think we shouldn’t think about it too much,” he added.

Shadman said that he is not willing to change his game as he believes the way he is approaching the innings doesn’t need to be altered rather if he can stick to his basics it will surely pay its dividend.

“I will play my natural game. The way I usually plan my innings, I will follow that. If I get set in the next match, I will try to make it big,” said Shadman.

“I faced Wagner for the first time in my career. I understood how to face him. I think it’s good for me and others in the dressing room as well. They also need to know how one of us facing him. Being an opening batsman, it’s good for others to follow,” he concluded.