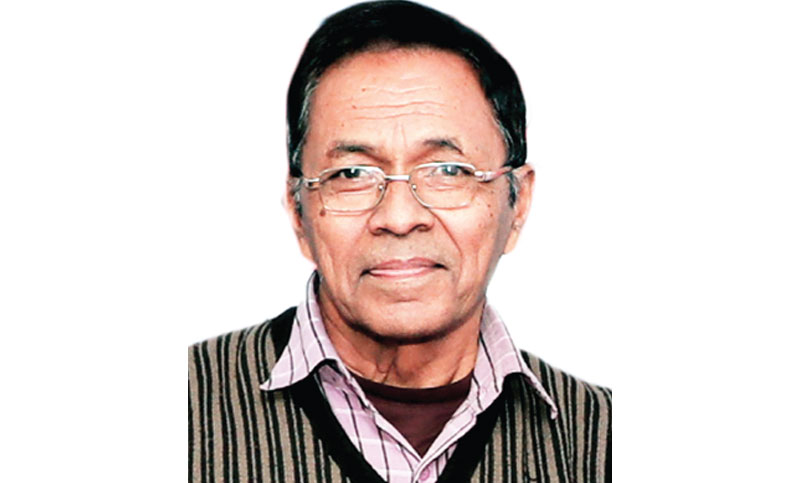 Violation of traffic rules is the main reason of chronic traffic chaos in Dhaka. Here, some people get pleasure in flouting traffic rules. They think that breaking traffic rules makes them daring and they feel a thrill in flouting the laws. Instead of feeling pride in following the rules which are basically meant for safety, some people feel pride in breaking them. They derive a sadistic pleasure from flouting laws and risking lives of other people. Everyone has an urge to think and act independently but the upbringing never allows most of the people.

One of my relatives, Shawkat Bhai, a drug administration official, underwent heart surgery a few years ago. He went to Bangalore in India for medical check up in the recent past. On the way, he made a stopover in Kolkata. On return home, he narrated to me his pleasant experience of traffic discipline over there. We may learn from his experience. This is as below:

It was 11 at night. We were heading towards Jodhpur Park from Kolkata’s Park Street. The taxi was running at a high speed. Traffic was thin on the street. All of a sudden, the driver pressed the brake hard. The vehicle abruptly came to a halt. “What happened,” I asked the driver.  He said, “Can’t you see the traffic signal? I’ll proceed after the green signal.” I felt embarrassed. The street was empty. There was no vehicle except our taxi. Why did the driver stop looking red light? These are rules of western countries. Why is it in Kolkata? I pointed out to him of the empty street. “No traffic police or sergeant is in sight. Why shall we sit idle?” 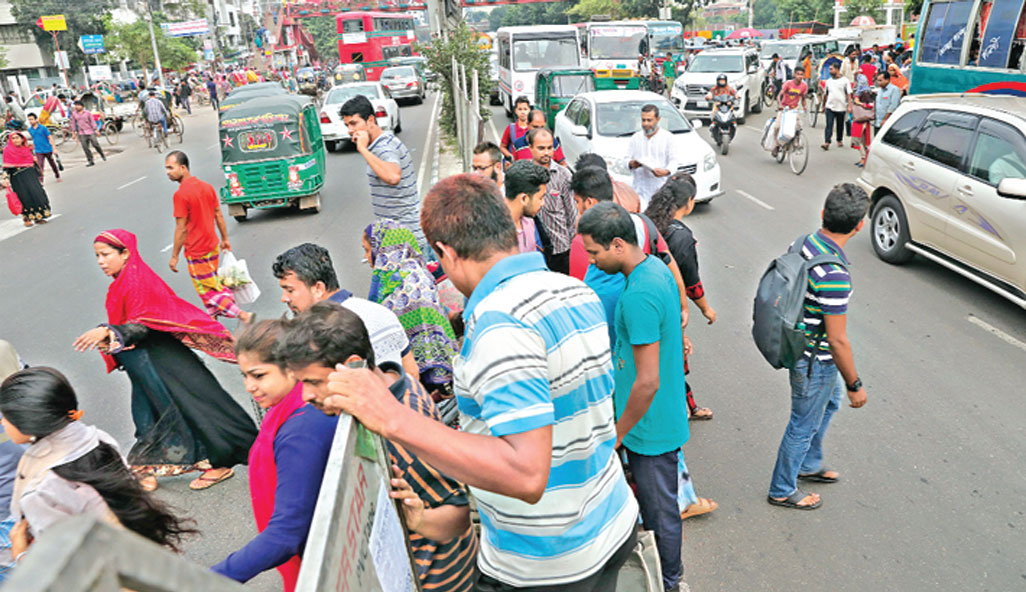 While hiring the taxi, the driver understood from our dialogue that we had come from Dhaka. He asked whether Dhaka is devoid of signal light. I replied, “Of course, traffic light is there. There are more signal lights than that of Kolkata. Don’t you care about signal light? I replied, “Not that much.” He asked, “If you don’t follow the signal then why have you installed the lights? I asked, “Suppose you drove past your taxi disregarding signal light then will you be punished?” He stated that as soon as he ignored the signal light, he was detected in CCTV camera and he was sued automatically. The next day he would have to attend the court for payment of fine showing reasons of flouting traffic rule. It would take at least three or four hours to finish the entire process. Firstly, he would have to pay a fine from his hard-earned money and loss for keeping off the work for the entire day. This was his most valuable dialogue: “No matter traffic police is present or not, why shall I break rule? If I break rule then others will be encouraged to break it creating traffic chaos. Why shall I encourage others to create chaos in my city?”

I also marked that the gentlemen was repeatedly telling ‘My city, my city,’ meaning he owns the city and loves the city.

I got depressed thinking our attitude. Do they possess more money than ours? Do we lack the capability of installing CCTV camera and similar software? Straightaway, I can tell that we are more capable than them. Kolkata was once a dirty city. Now it has become a clean in comparison to Dhaka. In Kolkata, there are lots of people, lots of vehicles. Despite crowd, there is no traffic jam. There is no scramble as its citizens abide by traffic rules whereas we are indifferent to it. Why cannot we discipline ourselves? The answer is simple. They think their city as their own city. They can share ownership of their city, but we cannot. Why not? The answer is simple. We lack the right attitude.

It is a common sight that prominent government or non-government officials, including important persons, drive their cars through wrong side and if they are intercepted by traffic sergeant then they become annoyed. They shamelessly threaten the traffic sergeant telling the outcome if they make a telephone call to the higher authorities. Once we learnt through social media that a person had rebuked a police sergeant as a ‘two-taka servant’ for telling him to take away his vehicle from wrong side. He told the police official that he belonged to an aristocratic family. He also told the cop that being a son of a member of parliament (MP), dozens of police officers are in his pocket. He had done a gross mistake by asking him to take away his car.

We also observed that lots of people publicly speak for keeping the city neat and clean. At the same time, they throw banana peels on the streets without hesitation. It is a common sight that rickshaw or van pullers enter the streets off-limit to them by giving Tk10 as bribe to the on-duty traffic police or Ansar.

In such a circumstance, it is unthinkable for the citizens here to own the city; rather they think themselves as strangers.

However, violation of law is not legitimate. We know the bottom line: breaking rules cannot be justified. No excuse is good enough. Everyone should follow rules, because it is honourable to abide by law. Being law-abiding reduces chaos and ensures safety. We should differentiate right from wrong. We must see ourselves as honest people, in a positive manner. Respect for rules is a necessary aspect of modern life.

Owning a car or a motorcycle is great; it helps keep us on track in our fast paced lives. But, if we do not abide by the simple safety driving procedures, definitely everyone is at risk. If the citizens do not actually follow traffic rules, how can the government ever guarantee our safety? The issues and problems on roads will never be resolved and forever will stay unless the citizens truly realise how necessary it is to follow traffic rules. As drivers, we are supposed to stay on our right lane, steer at the right speed, and follow every traffic sign. As pedestrians too, we are expected to cross at the right place and at the right time. If each party cooperates, we can achieve a harmonious flow of traffic.

Of course, we all live in an era where all of us are in a hurry and one simply cannot afford to waste time. But, being hasty can bring a lot more trouble and can basically cause more delay. There is no magic lamp for resolving the issue. It all depends if all of us follow traffic rules. Come on! Being a law abiding citizen, we should do it to ensure road safety.

The writer is a columnist. Email: [email protected]