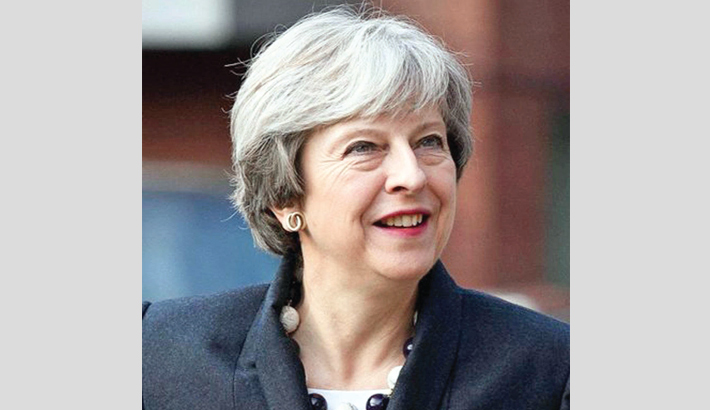 LONDON: British MPs agreed Wednesday to give Prime Minister Theresa May more time to work on her EU withdrawal deal after she promised they could delay Brexit if necessary, but European leaders warned that any postponement would come with conditions, reports AFP.

MPs voted by 502 to 20 to endorse May’s plan, a radical shift in strategy made only after the threat of revolt by ministers who fear Britain crashing out of the European Union on March 29 without a deal.

May is still seeking changes to a withdrawal agreement struck with the EU late last year, which she hopes will be enough to get it through parliament’s lower House of Commons.

But if she fails, she has promised MPs votes on March 13 and March 14 on whether to leave the bloc without a deal, and if not, to seek a short delay.

“The government’s policy is to get the legally binding changes so a deal can be brought back to this house... and we can leave on March 29 with a deal,” May said. Any delay must be approved by the other 27 EU member states, and the bloc’s leaders have agreed to look at any request from Britain.

But some questioned what it would achieve without a breakthrough in London, where MPs still cannot agree how to implement the 2016 Brexit referendum result.

“We don’t need more time: what we need most of all is a decision,” French President Emmanuel Macron said after meeting German Chancellor Angela Merkel in Paris.

In Madrid, Prime Minister Pedro Sanchez said: “Although Spain will not oppose granting a possible extension, this must have an assured perspective of resolution.”

May had repeatedly ruled out delaying Brexit, even after her deal—covering citizens’ rights, the financial settlement, a transition period and plans for the Irish border—was overwhelmingly rejected by MPs in January.

Her U-turn on Tuesday prompted outrage among hardliners in the ruling Conservative party, with influential anti-EU MP Jacob Rees-Mogg warning that “any delay to Brexit is a plot to stop Brexit”. Twenty Conservatives rebelled against the prime minister during the main vote on Wednesday, while many others abstained.

However, May’s change of plan averted a rebellion by pro-Europeans who fear economic chaos if Britain ends its 46-year-old relationship with the EU without a deal.

In a rare moment of unity, MPs moved on Wednesday to protect the rights of 3.6 million Europeans living in Britain and one million Britons in the EU in case of a “no deal”.