Is the current drive to clean up river banks the final one? 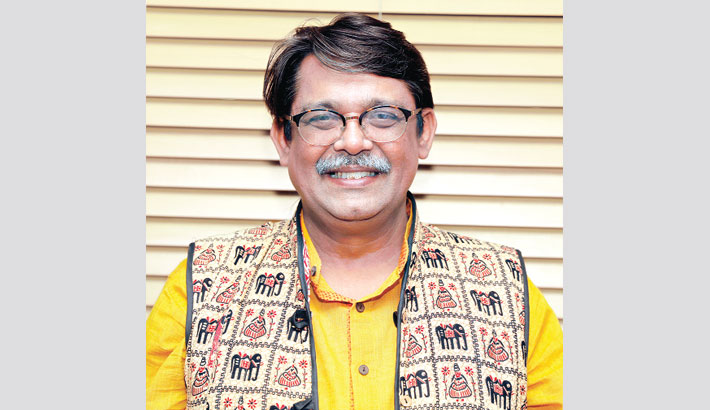 Anyone would welcome the government decision to demolish all illegal structures on both sides of the Buriganga and Karnaphuli rivers, but one cannot write off the fear of seeing those back again as in the past. Thanks to the so-called powerful people who have no respect for the country from which they reap benefits.

Bangladesh is cross-crossed by more than 254 rivers and many are already dead. A very few of them had natural deaths due to the change of flow of the major rivers like the Jamuna and the Ganges. Most were declared dead due to human aggression of the worst kind that ignores not only the present, but also the future needs of the country.

When we say that we are running short of water in many of the cities and towns, outsiders wonder what we did with our rivers. At least I feel shy to answer that question to my foreign friends as it speaks about our lack of education, common sense and the worst of its kind is the self-interest, which forces us to go off limits.

I have been watching on television some live reporting of the buildings being demolished on the banks of Buriganga river on which stands our capital Dhaka and the Karnaphuli river which is a lifeline for the south-eastern port city of Chittagong and its adjoining areas.

Years back, I reported the pollution of Brahmaputra River which had foul smelling water around the Sadarghat ferry terminal. The water was thick black and dotted with dead fish. That was the time when Lieutenant General Hussain Muhammad Ershad was in power.

There were reports also in national dailies with vivid pictures as there were no private television channels like now.

It all went unheeded.

A few years later there was an international conference in Dhaka and the guests from all around the world were invited to have a “treat” of what Bangladesh’s beautiful rivers had to offer. Oh! No! What an embarrassment waited for the host – the people of this South Asian country.

The moment they got off their air-conditioned buses at Sadarghat ferry terminal, they were forced to cover their noses as foul smell filled the air.

Soon after the government ordered demolition of illegal structures on both sides of Buriganga river and asked the tanneries to take alternative measures to dump their industrial waste.

Strangely, a few structures remained, and an investigation found that those structures belonged to the big shots like big businessmen, bureaucrats and of course politicians who ruled with a free hand.

These powerful people did not care if Dhaka was dead high and dry due to lack of water or specifically drinking water. Scientists had said if heavy rains did not come in that season, the upper layers of water in the soil would be polluted — meaning the several million who live in and around the growing capital city would have to seek for water from elsewhere or be prepared to die in hospitals.

I treated my eyes in Denmark and the Netherlands to the beautiful use of their river networks. The water is pristine blue with many measures to keep them clean. In London’s Thames River, the water comes and goes with tide. Little garbage found from patriotic and sensible people are cleaned. In fact, one would not feel like dirtying such clean water. It had problems too at one point of time, but measures were taken to save it and to make it a joy for the City of London.

The tanneries have moved elsewhere from the banks of Buriganga and the Shitalakhya which is now our source of piped water after Buriganga water became unfit finally. But other structures, including ship-breaking, reappeared over the years and the river is a waste with no beauty left for the city of Dhaka.

The fear that these current demolitions might be another round of futile exercise and an eye wash like successive governments, including the ruling Awami League in its previous terms in office, have done in the past or is this one going to be a permanent solution.

One would like to believe the current measures to clear illegal structures are the last of its kind and Dhakaites along with Chottogramians would have their pride returned to enjoy themselves as well as get the opportunity to offer visitors the scenic beauty that these ancient cities once held.

Prime Minister Sheikh Hasina has chosen zero-tolerance towards corruption in her third straight term in office and we hope that land grabbing on the river banks, which was also a part of graft, would be dealt with an iron hand.

Reports suggest magistrates and police were in no mood to give in to the many powerful people who tried to save their illegal structures and have been very successful so far. Kudos to them. Let us back the premier and all these men in the field.

It would be wise to quickly turn those areas into parks and walkways along with beautiful garden specifically chosen for the river banks, and that would be an important deterrent from these unpatriotic people to return to their illegal ways of life.

Existing laws must be enforced and tough new laws should be enacted to stop such encroachment not only on the banks of Buriganga and Karnaphuli, but all the 250-plus rivers that bring fertility to our food. Therefore, saving rivers is the order of the day now. Not tomorrow, but exactly now.