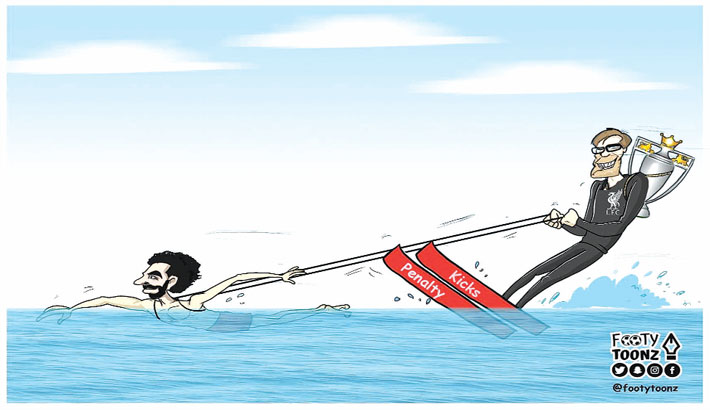 Mohamed Salah scored from the penalty spot as Liverpool steadied its title-chasing nerves with a 1-0 win at Brighton in the Premier League.

Salah struck his 14th league goal of the season to put Liverpool seven points ahead of second-placed Manchester City, playing one more game.

Jurgen Klopp’s men laboured throughout, unable to generate anything like their trademark attacking zeal against Brighton, but still had enough to claim all three points.

After a tight first half, Liverpool needed just four minutes to break the deadlock after the restart, but the opener came courtesy of clumsy home defending rather than stunning attacking play.

Salah outsmarted Pascal Gross on the turn in the box, drew a cheap foul from the usually unflappable German and then converted the penalty.