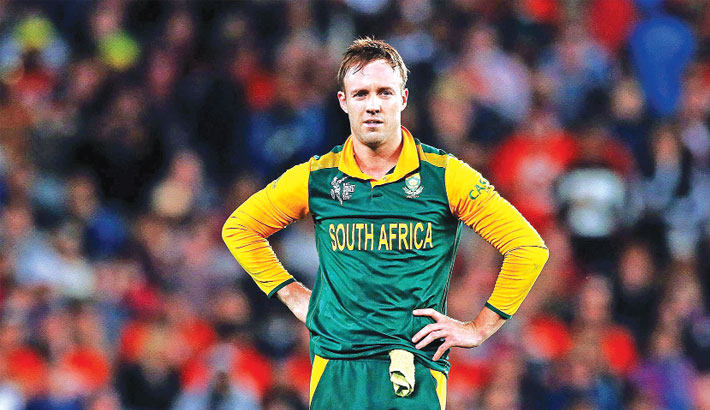 Former South Africa batsman AB de Villiers will play two matches in Lahore for Lahore Qalandars in the upcoming Pakistan Super League on March 9 and 10. De Villiers, who said he had “a role to play in helping international cricket return to Pakistan,” will be one of the most high-profile cricketers to play in the country since the terror attack in Lahore in March 2009, reports Espncricinfo.

De Villiers, who had retired from international cricket at the end of IPL 2018, was picked by Lahore Qalandars in the draft in November and was originally signed on to play only seven of the side’s eight league matches in the UAE leg of the tournament. However, he stated on Monday that he would be available for the side’s final two league matches - against Islamabad United and Multan Sultans - in Lahore too, before his return home. De Villiers stated he was available only for the group stage, due to family commitments.

“I am delighted to confirm that I will represent Lahore Qalandars in front of our home crowds on 9 and 10 March, during the HBL PSL 2019,” de Villiers said in a press release. “I look forward to revisiting the Gaddafi Stadium and aim to play my part in helping Lahore Qalandars achieve something they have been aspiring for since the inception of this tournament in 2016.

“I am fully aware that cricket is like a second religion in Pakistan. I still remember the support and appreciation we received in 2007. Furthermore, I feel I have a role to play in helping international cricket return to Pakistan. These have been some of the motivating factors for me to return to Lahore.”

“I sympathise with the people of Pakistan because they have been cricket-starved for no fault of theirs, but I am optimistic that the days are not too far when international cricket will return to Pakistan and the stadia will once again be packed with crowds.”

The fourth edition of the PSL will begin on February 14 with the final on March 17. The last four league matches and the knock-out stage will be played in Pakistan, starting from March 7 in Karachi and Lahore. Lahore Qalandars, who finished at the bottom of the table last season, will begin their campaign 2019 against defending champions Islamabad United on February 14.