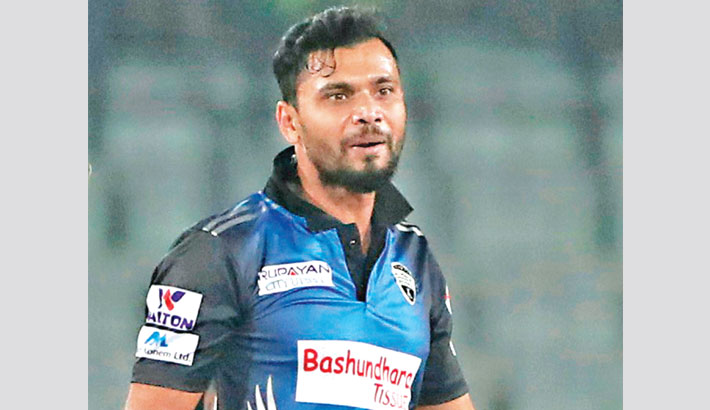 Dhaka Dynamites claimed top position on the score table with one hundred percent win and Riders’ skipper Mashrafe Mortaza emerged at top of the bowling ranks in the Bangladesh Premier League (BPL) 2019 at the end of Dhaka phase at Sher-e-Bangla National Cricket Stadium in Mirpur. The Sylhet phase is scheduled to start in Sylhet International Cricket Stadium from today.

Khulna Titans are taking on Rajshahi Kings at 1:30pm while hosts Sylhet Sixers will face Comilla Victorians in the second match of the day at 6:30pm.

However, by playing most matches in the Dhaka phase, Mashrafe Mortaza led defending champions Rangpur Riders came in at number three, having won two out of five matches played during the Dhaka phase.

Sylhet Sixers hold the position of number six on the table by bagging only one win and two defeats.

But Khulna Titans led by captain Mahmudullah Riyad are in the most grinding state as they haven’t tasted any wins by losing all four matches played during the Dhaka phase. This places them at a vulnerable bottom of the table.

Meanwhile, Rangpur Riders’ batsman Rilee Rossouw is the highest run scorer at the end the of the Dhaka phase. He scored a behemoth total of 230 runs in five matches through two half-centuries.