No Mercy for Corruption 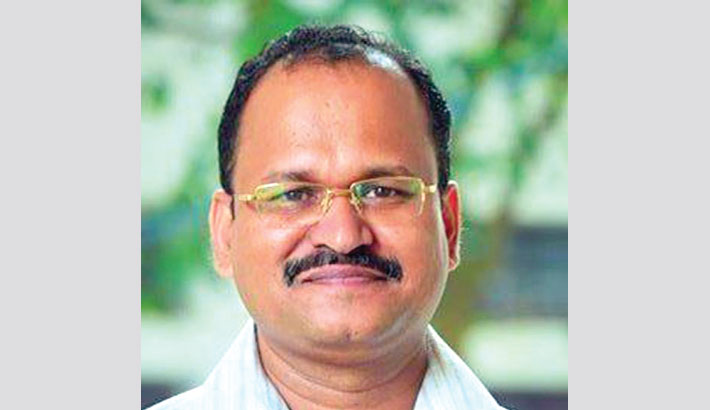 In its manifesto for Elections-2018, Bangladesh Awami League stressed that it would show zero tolerance for corruption if voted to power again. Even stronger statements from a good number of newly appointed ministers including the Prime Minister have bolstered people’s hopes and aspirations that combating corruption will top the agenda of the new Awami League government that has started its fourth journey under the able leadership of Sheikh Hasina.

Moreover, the chairman of the Anti-Corruption Commission has also come up with the welcome information that there will be new revelations within the next two months. In a recent move, Land Minister Saifuzzaman Chowdhury ordered all officials of the land ministry from grassroots to ministry to submit their asset documents by February 28 aiming at ending corruption in Bangladesh's land administration. He added that all the officers would be monitored electronically and there would be voice recording system to end all sorts of corruption.

He made it clear that officials of the land ministry who are yet to change their ill motives would have to leave referring to the fact that once upon a time the land ministry was the dumping station of corrupt and inefficient officials. However, it is a very important ministry. Land Minister also admitted that harassment of people still exists in land offices but citizens will get the desired services from the ministry gradually as field-level land offices would be brought under automation.

In fact, corruption and embezzlement of public money is not a new phenomenon. Kautilya said centuries ago that it is really difficult not to taste honey while remaining in the depot of honey. There is a Nepali proverb which expresses that where there is honey, there are bees. So, corruption has a lifelong connection with public money and public property. Though, in our country, all public employees are not corrupt, embezzlement of public money is an age-old concern that, I think, has never been able to attract the level of attention it requires.

Corruption in the public sector is an open secret. However, more painful is that corruption and denial tend to go hand in hand. The public officials hardly admit that some people in their organisations are involved in some kinds of corruption. Corruption has become so deep-rooted in our system that it is a reverie to root it out completely. However, measures to eradicate corruption find utmost difficulties in being implemented as the corrupt elements use their guiles and might to prevent such steps.

In fact, where denial of corruption is the order of the day, removal of the same is bound to be a far cry. In 2016, Chittagong City Corporation Mayor AJM Nasir Uddin complained of seeking bribe against a ministry level high official for allotting desired amount of money for Chittagong City Corporation. In reaction to his compliant, the highest official of that ministry came down upon heavily upon the City Mayor as if seeking bribe by officials is a rarity in Bangladesh. This is not to endorse whatever complaint the City Mayor made but to reiterate the fact that such complaints are numerous in the realm of the sufferers although very few make them public in fear of retaliation and harassment.

In the case of Chittagong City Mayor’s complaints, the ministry was seen more interested in intimidating the Mayor for opening the story to the public eyes than in detecting which high official was involved in seeking bribe from the officials of a semi-government outfit. Where an elected big city Mayor can be put to such a snubbing, it is not at all difficult to take the measure of general people’s sufferings at the hands of the corrupt officials, who know well how much they have garnered by forcing people to pay. Hunger of some officials is just insatiable.

The mentality of such corrupt people who cannot stop in embezzlement and bribe taking must have reached such a level which can be termed a ‘sick mentality’ and the disease they have been infected with can be termed a ‘mental cancer’ from which they cannot come out because they are not willing to come out. And, that cancer has pierced the whole of the society as well. Many people are thus being involved in embezzlement and corruption wherever there are some such opportunities.

People are indulging in corruption for a variety of reasons. However, the main reason is avarice. Some are even being forced into it against their will. Most of them have, however, set rationale -- fictitious though, in most cases -- for their involvement in corruption. Some are, however, involved in corruption with both religious attires and rituals on. Though many in the country are thoroughly immersed in corruption and corruption by anybody -- believer or non-believer -- cannot be justified by any stretch of the imagination.

Unfortunately, moreover, corruption has attained a sort of benumbed social acceptance. People with wealth are honoured these days even if they have attained that wealth through dubious means. Though institutional means to curbing corruption is indeed a good initiative, psychological purification should precede institutional arrangements and it would have to be ensued from the top. To send corruption packing, it is the policy makers as well as the executors at the helm of the country who will have to show the way in the first place.

If the big guns call it a day, others will definitely shy away. The country is definitely moving ahead. Amazingly, our economy is galloping despite conspiracies and odds. What would be the rate of growth if corruption could be checked? Successive Sheikh Hasina governments have been able to address and suppress many a problem of the country.

Much to the delight of the countrymen, it has become the prioritised job of the new government to tighten the screws for combating corruption. National institutions such as Anti-Corruption Commission and other oversight bodies seem rightly geared up for the tough job. There is, thus, every reason to be sanguine that this very government under the very able leadership of Bangabandhu’s daughter Sheikh Hasina would be able to strangulate the monster of corruption sooner rather than later.

The writer is a Professor, Department of Public Administration, Chittagong