May urges MPs to back Brexit deal ‘for country’s sake’ 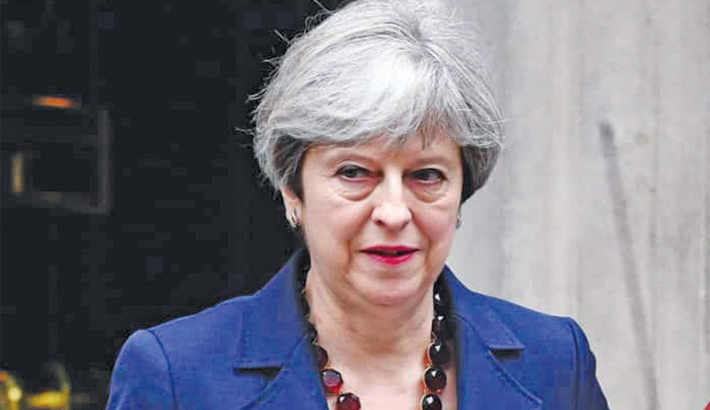 London: Theresa May has urged MPs to back her Brexit deal “for the country’s sake” as Tuesday’s Commons vote looms closer, reports BBC.

She warned of “paralysis in Parliament” if the deal is rejected and said trust in politics would suffer “catastrophic harm” if the UK did not leave the EU.

The PM welcomed new EU assurances over the impact of the deal on Northern Ireland, saying they had “legal force”.

The EU said it didn’t want to use the “backstop” but, if it did, it would be for “the shortest possible period”.

The “backstop” is the fallback plan to avoid any return to physical Northern Ireland border checks.

In a letter to Mrs May, the EU said commitments to look at alternatives to the customs arrangement and to fast-track talks on future relations had “legal value” and would be treated “in the most solemn manner”.

Speaking in Stoke, Mrs May said “they make absolutely clear that the backstop is not a threat nor a trap” - but critics said they fell way short of the firm end date or the unilateral right to withdraw they wanted.

Mrs May’s speech comes amid reports MPs plan to take control of Brexit if her deal is defeated.

Labour and the other opposition parties will vote against the deal while about 100 Conservative MPs, and the Democratic Unionist Party’s 10 MPs, could also join them.

Speaking to factory workers, Mrs May said she now believed MPs blocking Brexit was more likely than a no-deal scenario.

“As we have seen over the last few weeks, there are some in Westminster who would wish to delay or even stop Brexit and who will use every device available to them to do so...

“Having observed events over the last seven days, it is now my judgment that the likely outcome is a paralysis in Parliament that risks there being no Brexit.