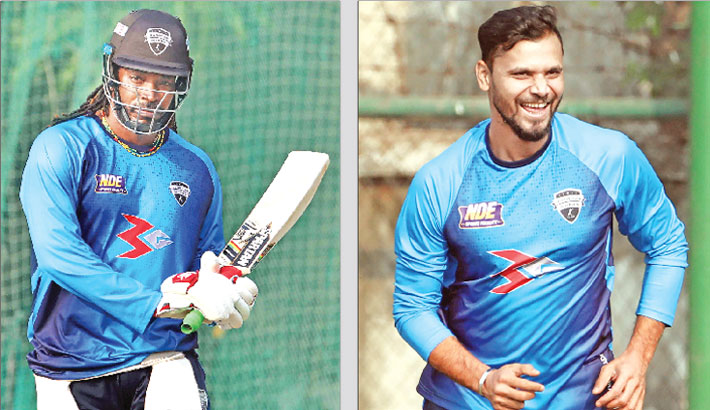 Defending champions Rangpur Riders are eyeing to keep their winning momentum as they take title aspirants Dhaka Dynamites in the Bangladesh Premier League’s clash of the titans.

Riders would be keen to break the unbeaten streak of Dynamites as the two star studded side meet in the crucial group phase encounter at the Sher-e-Bangla National Cricket Stadium today.

‘’The boys are looking forward to tomorrow’s match,’’ Riders top order Rilee Rossouw told reporters ahead of the crucial game.

“Got a bit changes this afternoon to top up ours skills and we are going to build a momentum,’’ he said

“We know that Dhaka are a very strong team and so are the other teams in BPL. So we have to be on our ‘A’ game tomorrow,’’ he added.

“It was important to come back after our first match’s loss. After winning two in a row, the boys got a boost and are going into tomorrow’s [today’s] 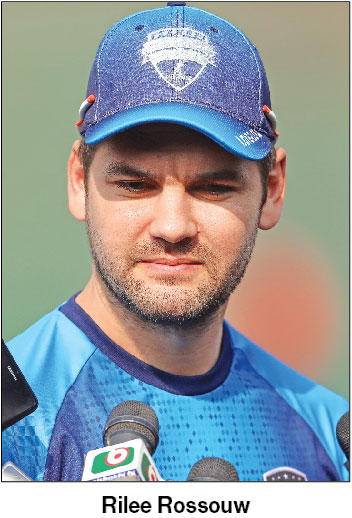 match with confidence. Hopefully we can repeat what we have done in day two and day three,’’ he added. “No game is easier in BPL, like I said, every team is very very strong. So, we are going to look forward to the challenge tomorrow [today],’’ he said.

“With whatever Dhaka brings tomorrow, I think we are going to step up to the challenge,’’ he added.

The left-handed batsmen added that the comprehensive nine wicket win over Comilla Victorians had given them a mental edge in the tournament.

“Every game that you win raises your confidence. And makes you stronger both as a team and as a unit, going forward to any competition,’’ said Rilee.

“We just want to carry our momentum and we know that we might not win every matches played in BPL. But as long as we do our best and we will try, we hope to get to our desired results,’’ he said adding that the presence of Mashrafe Mortaza is having key impact on the team as well.

“Mash has been unbelievably extraordinary. In the team he’s a character, he’s funny as the first time when I worked with him. I enjoyed every second of it with him and as you can see, the performance he is putting up in the bowling and fielding is top class. It is fantastic working with him,’’ he said. Dynamites head coach Khaled Mahmud said that they are confident to keep their winning streak intact in the ongoing BPL though he refused to accept that it will be the battle of arch rivals.

“No, nothing like that [we are arch rivals],’’ said Mahmud.

“Of course they are a very good team. It’s obviously a big match for us tomorrow [today]. By the grace of Allah we have played quite well in the last two matches. We have gained more self-confidence. However, T-20 is the type of format, where momentum is very important. If, at the outset, you can keep the momentum, as per our last two matches, then for sure something outrageous will emerge out of this and we will feel good as well. Obviously, it’s a big match tomorrow [today],’’ he added.