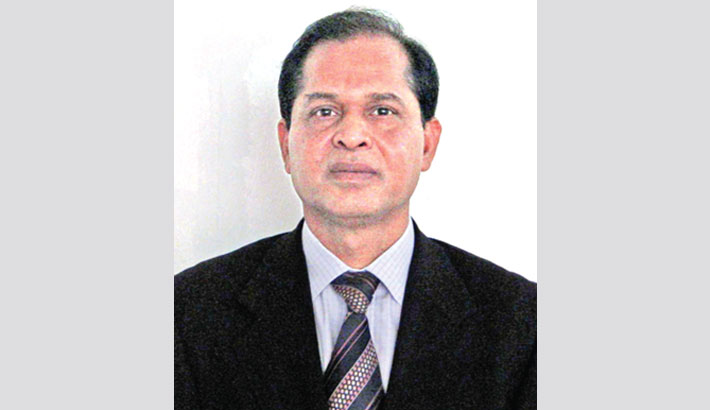 Having a landslide victory at the national election held on 30 December 2018, Bangladesh Awami League has formed the government on 7 January 2019. The Hon’ble Ministers of the new government have already joined their respective Ministry. I was about to write on foreign affairs as pledged by Awami League in its election manifesto. But for the last few days, a number of reports on the Rohingya issue, published in the local dailies, have forced me to write about this matter right now. However, I agree that the Rohingya issue has been included as a part of the foreign affairs pledge in the election manifesto.

The Daily Amader Samoy, quoting AFP, has published a report on 9 January about entering of Rohingya refugees into Bangladesh from India. The Rohingyas have started to enter Bangladesh once the Indian government took initiative to send Rohingya refugees back to their country. 57 Rohingyas, after fleeing from Indian refugee camp, have already taken shelter in the Rohingya camp in Cox’s Bazar.  Though it is said that Rakhine's environment is still not safe for Rohingyas, India has sent 12 Rohingyas back in the last four months. On the other hand, no Rohingyas have been repatriated to Myanmar from Bangladesh considering their safety, although the date was fixed to start the repatriation.

The Myanmar government has started now new tricks and subterfuges. They are saying that the Rohingya Salvation Army (RSA) and the Arakan Army (AA) have bases in Bangladesh. Denying the allegation, the Bangladesh government has said that they would take action against it. According to Myanmar authorities, hundreds of militants have attacked four police stations last week and killed 13 people. The UN’s humanitarian agency said that some 4,500 people had been displaced due to that violence. This incident occurred in Rakhine just after two weeks the military declared a 4-month ceasefire with a number of armed groups in Kachin and Shan State on the other side of the country.

We know that Bangladesh has been doing everything from the very beginning of the crisis by providing them shelter and taking all possible measures for their safe repatriation. In the third Joint Woking Group (JWG) meeting held in Dhaka on 30 October 2018, the two parties agreed to start the repatriation of Rohingyas from mid-November of that year. It was also decided that at the first stage, Myanmar would take back 2,260 persons. However, finally, the repatriation could not be started when the United Nations raised the question of the safety of the Rohingyas in Rakhine. The UN said that it would not be a commendable step if the Rohingyas were sent there unless and until a safe environment prevailed there. ASEAN MPs also requested to delay the repatriation process as the situation in Rakhine was not conducive to repatriation. Since then, the issue of repatriation remains stagnant.

It is true that the repatriation should be a safe and sustainable one. That is, the government of Myanmar will recognise the Rohingyas as their citizens and thus protect their civil rights like other citizens. But, we cannot ignore the possibilities that Myanmar would not try to find the ways in delaying the repatriation process. The very recent launching of army ‘crackdown’ on ethnic Rakhine rebels might place the repatriation process at an uncertain situation.

By the time, the President of Myanmar has sent a congratulatory message to Sheikh Hasina on her reappointment as the Prime Minister of Bangladesh. The Myanmar President, in his message, has said that friendship and cooperation between the two countries would be strengthened through joint initiatives. In fact, this is normal language of a congratulatory message. If it could be brought to reality, then not only the Rohingya crisis, but any problem that comes between our two countries could be solved with full confidence and trust. But, do we have that trust on Myanmar leadership? That is a billion dollar question.

In some of my previous writings, I have mentioned that we might find it easier to solve the Rohingya issue if we are able to convince China to take, at least, a neutral position. Our neighbour India should be approached to be with Bangladesh, not verbally, but in action. Diplomatic efforts should be there to make Russia convinced to actively help us in solving this issue. I believe, nothing in the world is impossible, if there is a firm commitment to achieve that. It needs only how to deal and who would handle.

The present internal political situation in Rakhine state, as reported, is surging with violence. It seems that the repatriation of Rohingyas is going to be a more complex issue. Considering the overall situation, from past to present, it would remain as a big challenge for the new Government of Bangladesh to overcome quickly.

In any way, we have to start the repatriation process at the earliest for, at least, two reasons, such as- (a) long stay of these people in Bangladesh would pose threat to our economy, environment, security and culture and (b) these people, particularly the youths,  might, in the long run, be engaged in militancy or terrorist activities. We know, the Mother of Humanity Hon’ble Prime Minister Sheikh Hasina has provided them all out supports including shelter, food and medicine. She is also trying her best to find a permanent and sustainable solution of the crisis. We strongly believe that her personal interaction can only produce a favourable result.