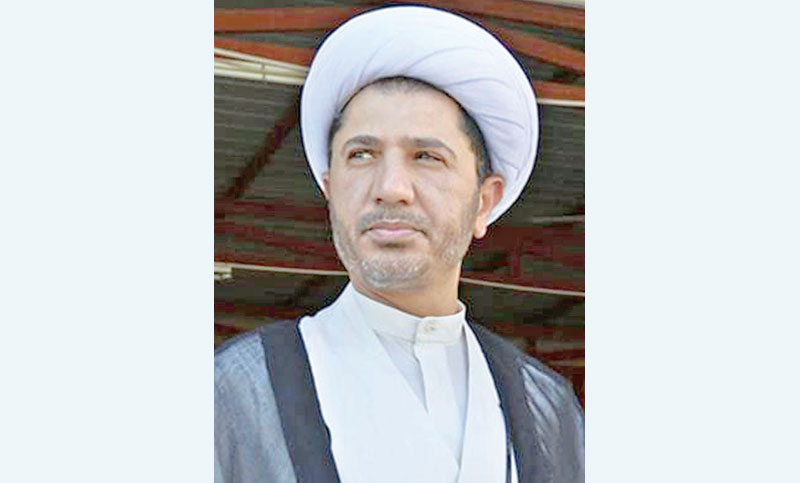 DUBAI: Bahrain sentenced the head of the country’s Shiite opposition movement to life in prison Sunday after convicting him of spying for rival Gulf state Qatar in a ruling rights groups called a travesty, reports AFP.

Sheikh Ali Salman, who headed the now-banned Al-Wefaq movement, and two of his aides had been acquitted by the high criminal court in June, a verdict the public prosecution appealed.

Sunday’s verdict can still be appealed.

The public prosecutor said in a statement that the three had been unanimously sentenced by the appeals court for “acts of hostility” against Bahrain and “communicating with Qatari officials... to overthrow constitutional order”.

Bahrain, along with Saudi Arabia and the United Arab Emirates, severed all ties with Qatar in 2017, banning their citizens from travel to or communication with the emirate over its alleged ties to both Iran and radical Islamist groups. Ruled for more than two centuries by the Sunni Al-Khalifa dynasty, Bahrain has been hit by waves of unrest since 2011, when security forces crushed Shiite-led protests demanding a constitutional monarchy and an elected prime minister.

Opposition movements, both religious and secular, have been outlawed and hundreds of dissidents have been imprisoned—many of them stripped of their citizenship in the process.