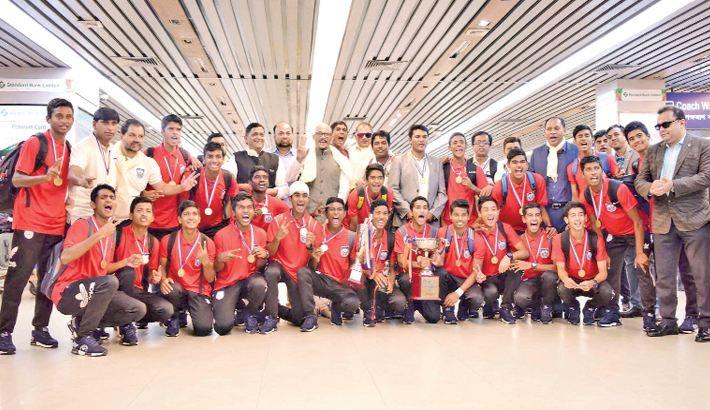 The Bangladesh U-15 National Football Team returned home on Sunday afternoon from Nepal after winning the SAFF U-15 Championship crown.

The young Red and Greens beat Pakistan 3-2 on penalties after the match ended in a 1-1 goal deadlock at the end of the regulation time on Saturday at All Nepal Football Association complex at Kathmandu in Nepal.

It was the second occasion the boys in red and green lifted the trophy of SAFF Championship after 2015 SAFF edition.