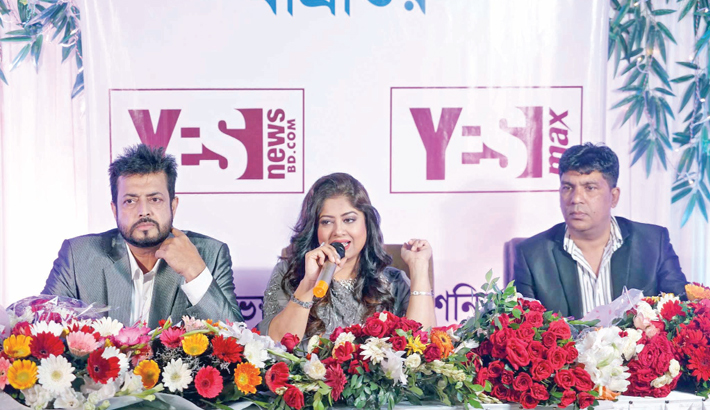 Celebrated actress Moushumi has started her career as an editor of an online news portal. On her 45th birthday, the actress surprised her fans by opening an online portal titled ‘Yesnewsbd.com’ which will mainly serve the readers with entertainment and fashion-related news.  Although the online portal is now mainly focusing on entertainment and fashion, Moushumi expects that she will broaden its scope soon.

The launching ceremony of the news portal took place at Mary Montana restaurant in the capital’s Uttara area at 8:30 pm on Saturday. Shahedul Islam Shahed is the publisher of the news portal while film actor Omar Sani will function as the advisor editor.

Moushumi, who was overjoyed to see their presence at the occasion, said, “Today I begin my journey as an editor.

It was my long-cherished dream that one day I would involve myself with the profession of journalism and enrich the field with worthwhile works. This online portal is a chance for me to do that.”

“If my father would be alive today, he would certainly be thrilled with joy after knowing this,” added the famous Bengali film actress. She also expressed her earnest gratitude to her husband Omor Sani and others who helped her with her work.

Arifa Parvin Moushumi is a famous Bangladeshi film actress and director, who got the National Film Award for Meghla Akash in 2002.

She has acted in over 150 films and made her directorial debut with Kokhono Megh Kokhono Brishti in 2003.