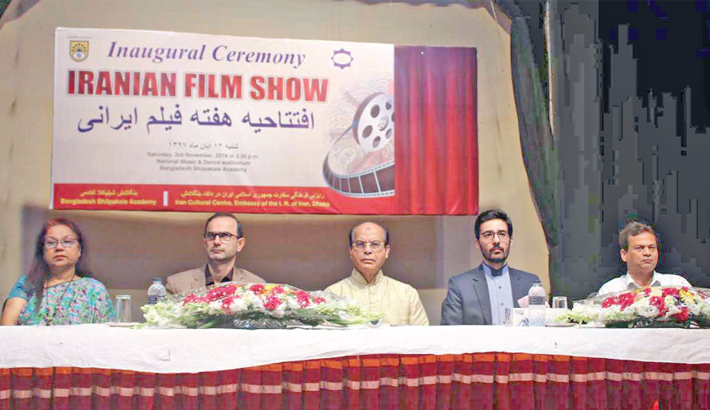 A four-day-long Iranian film show is underway at national music and dance auditorium of Bangladesh Shilpakala Academy (BSA) in the city, reports UNB.

‘Zero to Podium’ and ‘Once upon a time love and betrayal’ are scheduled to be screened today at the same. Then, ‘Today’ and ‘Rana’s Silence’ will be screened on the final day of the festival at the same time.

Besides, another five-day-long Iranian film show is also going to be arranged in 3 different cities of the country from November 9.

The upcoming film exhibition will be organised at Shilpakala Academy auditoriums in Chittagong, Rajshahi and Khulna cities.

The exhibition will continue until November 13.