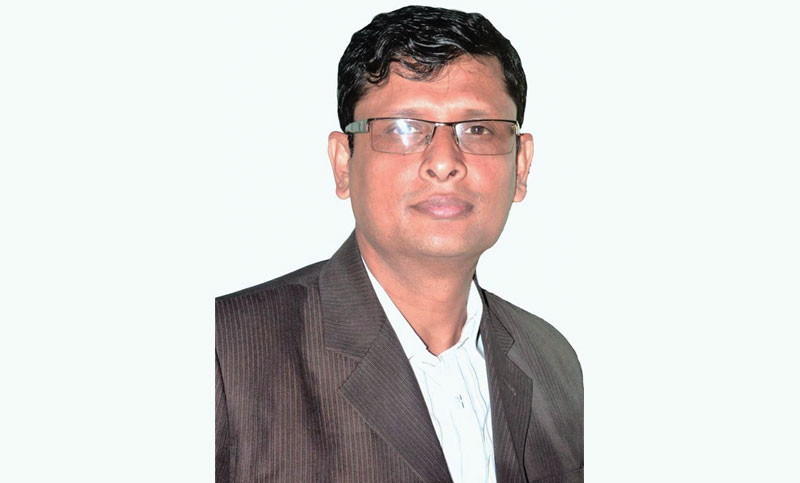 I attended the grand 8th anniversary celebration of daily sun on October 24 at Bashundhara office, where one of my former colleagues raised an important question: whether printed version of daily newspapers will exist after ten years. Her premonition didn’t make me surprised; however, I strongly opposed it and hope that this present printed format of daily paper will never disappear though the habit of people are changing rapidly.  In fact, there had been a mixed reaction among the readers and also the researchers as to how long people will maintain this traditional way of readership.  From my part, I always take hold this reality that the classical or traditional way of knowledge will never be devoured by the present e-technology. As a result, the question is worth understanding: what should be the exact way of people’s learning in future?

Just go back to late eighties, only three to four printed papers were in operation along with the only state-owned television channel in the country. And, that was the only source of news and recreation despite the fact that people sometimes relied on BBC or VOA for relatively new information or what it calls ‘impartial’ news. Readers of newspapers were relatively patient at that time; even they waited for a day or two for stale news. I am not sure about the exact circulation of printed papers for that time; however, it is guessed that the number was frustratingly poor. I hardly remember the figure how many people were interested in peeping at those dailies.

After massive political change in 1990, people started enjoying freedom of speech and right to their choice in an apparently free atmosphere. Meanwhile, dozens of daily papers started functioning during the time as a result; the number of readers has been increased proportionally. Average consciousness level of mass people has remarkably increased than in the previous decade. Interestingly, newspapers were quietly depending on letterpress printing which was really troublesome for the publishers. A revolution in printing and publishing sector had taken place with the introduction of computer machine in 1980s in Bangladesh; and with that, Johannes Gutenberg’s letterpress innovation came to an end that started in the mid-fifteen century. Offset printing process was developed and became popular because of its crystal clear impression and multi-coloured photographic technology.  Moreover, it is easier and reader-friendly. In some western counties, popular magazines had stopped printing due to lose of readers.

With that, history has rapidly changed. Bangladesh is now connected with information super-high way through the submarine optic fibre since 2006. Presently, every sector of the country has been digitally connected and the users of internet exceeds 91 millions in which 85 millions are mobile internet users. For social connection and personal contract along with official correspondence, internet quickly replaced tradition way of communication viz. letter, analogue telephone, telegram, telex, fax, etc. Internet subscribers are increasing every day.

The global computer network connects all people living in different parts of the country as well as the people in the world. So, the newspapers have also been published in an electronic form that makes a concern for the future readers. Needless to mention that electronic form of paper or e-paper is very easy to read so it is comfortably taken by the users. E-papers exceed territorial boundary and of course take a second to switch over to another paper. Besides, internet access has tremendously changed the way of human life all over the world. It is worth mentioning that Bangladesh has to a large extent been digitalised during the period of government. Dependency on internet has now reached the no-return level.  In fact, university education in most part depends on e-book or e-technology.

So the question remains puzzling, what is the fate of the present format of printed newspapers? I argue that it will remain and never be obliterated anytime in future.

In Bangladesh, now, more than 345 dailies have been in active circulation including locally published dailies. It is confirmed that Bangladesh Pratidin, a sister concern of daily sun, publish 5.72 lakh every day as the top of the list. The government source confirms that more than 27-lakh people read only ten leading newspapers in the country. Apart from the national dailies, more than 209 papers are published elsewhere in the country. Besides, near 80 weekly, 18 fortnightly, and 21 monthly printed papers are being published in the country which literally means that readers of those papers and periodicals are really passionate to continue their present form of readership.

It becomes a global trend to turn the attention to electronic media since it is more powerful than printed one. But, the case is that printed media is permanent and more effective than anything else. Its lasting impression makes a permanent space in human history. It keeps the record with definite vestige; more importantly, it doesn’t depend on the technology which is substantially ephemeral. Recent research explains that electronic reading can impact negatively on human brain. Maryanne Wolf, author of “Proust and the Squid: The Story and Science of the Reading Brain” finds that, “We’ll have a short-circuited reading brain, excellent for gathering information but not necessarily for forming critical, analytical deep reading skills.” Actually, printed media is tangible that has a definite aesthetic value. It is more engaging, while reading book people can concentrate hugely on printed books. Fatigue of reading is a common distress to readers but it is surely confirmed that printed mater always attracts its reader like fiancé of a darling. Printed paper keeps the tradition of human history and it has an archaeological value. For research and keeping forward human history, printed matter has no alternative.

Moreover, it is researched that e-reading causes eye strain and long term eye-fatigue due to visual vulnerability. The screen of laptop, smart phone, tablets are different from printing page.  For all, it causes harm to human mental and physical health. I definitely go for the hope that printed paper will never be lost.

The writer is professor and Chairperson, Department of Philosophy, Jagannath