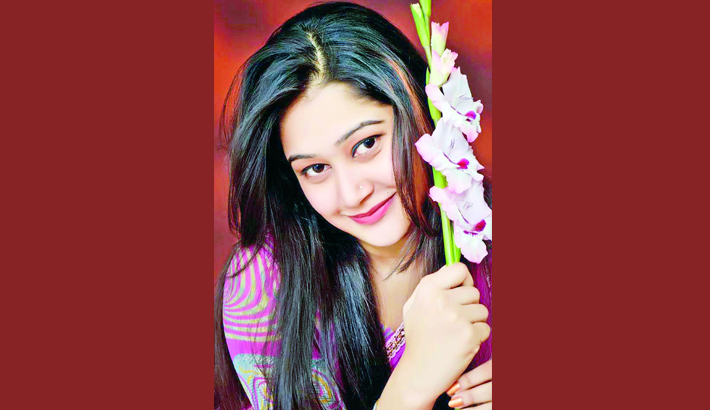 Mridula has started her Dhallywood career with Shapla Media’s project.

The actress has acted opposite Shakib Khan in the upcoming film as a daughter of a minister-- Maya, one of the main characters in the film.

Mridula told the daily sun that ‘Ektu Prem Darkar’ has a good storyline and she is so happy with her debut feature film.

‘I am excited, but hope viewers will like my acting,” she added.

“I have given my best efforts to portray my character in the film and expect everyone will appreciate and enjoy this movie,” she further added.

Dhallywood newbie actress-model Shuchismita Mridula is still a student of the Northern South University. She completed her SSC and HSC from the Cambrian School and College.

Mridula made his debut before camera becoming a model in a Color Mind Production television commercial for Symphony.