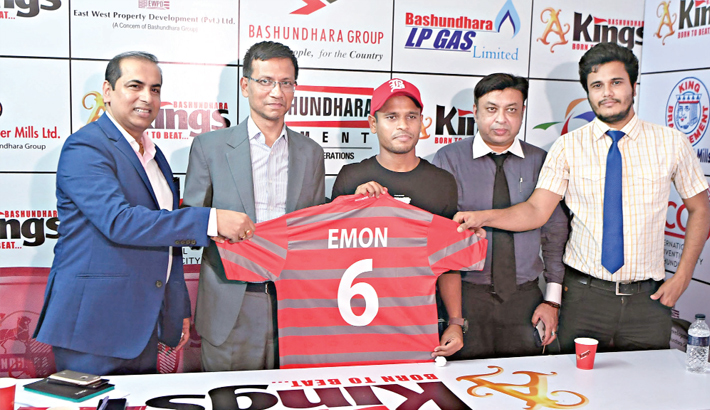 Kings have already created a stir in the domestic football circuit by recruiting some of the best national players along with a sensational foreign core. Emon Babu also felt that the plans and the efforts undertaken by Bashundhara Kings are very exciting and he is very pleased to be part of Kings’ squad. 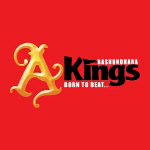 “Bashundhara Kings have some really good plans and that’s the reason I decided to join them despite being part of Abahani. I hope that I will be able to be of use to Bashundhara Kings,” said Emon.

Bashundhara Kings President Imrul Hassan was very straight-forward as he revealed that Emon Babu was part of their plan since they were promoted in Bangladesh Premier League (BPL).

“Emon Babu was the architect of Dhaka Abahani’s success in the recent editions of BPL. We have been closely following his development. We basically assembled the whole team keeping Emon in mind,” said Hassan.

Imrul Hassan also stated that Kings will bring in some more star players in their already heavyweight squad.

“Apart from the domestic players we have already signed, we are in talks with several other players. They might also be from the champion team too,” said Imrul.

Bishal Das played for Brothers Union in BPL 2018. He is Bangladesh-born Spanish while Awlad has played in a club of Netherlands’ fourth division.

The club officials hoped that Kings will bring a fresh competition in the BPL tournament and will be a force to reckon with in the future.

According to club sources, Bashundhara Kings intend to sharpen their edge with the encounter against New Radiant. The sub-continental football powerhouse, New Radiant, have taken huge strides in continental tournaments in recent years.