‘Carnivore’ sharks have a stomach for greens: Study 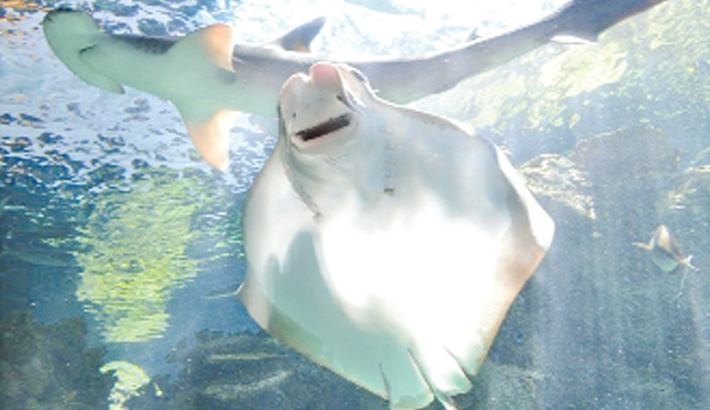 PARIS: The bonnethead shark, a small member of the hammerhead family, was long thought to be a strict carnivore that would occasionally ingest greens purely by accident, reports AFP.

Not so, scientists said Wednesday. The bonnethead follows an omnivorous diet in which seagrass plays a key, nutritional role. Although researchers have long known that Sphyrna tiburo eats copious quantities of seagrass, it was not believed to absorb any nutrients from it.

“Until now, most people thought that seagrass consumption was incidental when these sharks were hunting for crabs, etc. that live in the seagrass beds,” study co-author Samantha Leigh, an expert in ecology and evolutionary biology at the University of California, Irvine, told AFP.

Leigh and a team found, however, that seagrass can form up to 62 percent of the bonnethead diet, alongside their preferred meal of crustaceans and molluscs.

“Bonnethead sharks are not only consuming copious amount of seagrass but they are actually capable of digesting and assimilating seagrass nutrients, making them clear omnivores,” the researchers wrote in the journal Proceedings of the Royal Society B.

“This is the first species of shark ever to be shown to have an omnivorous digestive strategy.”