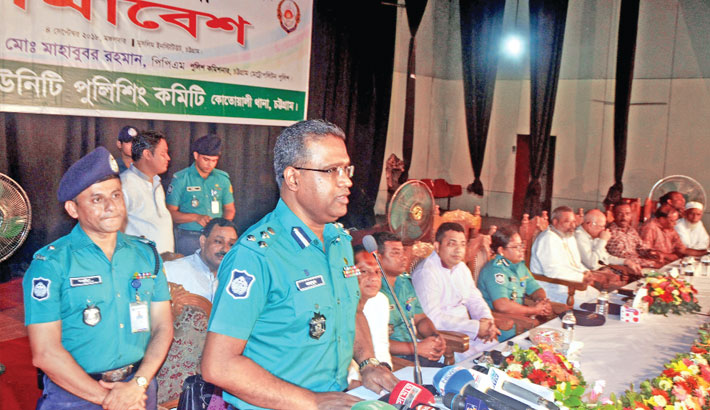 Chattogram Metropolitan Police (CMP) Commissioner Md Mahabubor Rahman said that controlling of the drug trade is not possible without loss of life as religious advice or counselling will not work in this regard.

He said this while addressing as the chief guest at an anti-drug gathering organised by Community Police Kotwali thana unit at Muslim Institute Hall in the city on Tuesday.

The Commissioner Mahabubor said police started crackdown against the drug under the leadership of the prime minister.

“But, it will not work with religious advice or counselling as elder brother. The main thing in this regard is loss of life,” he said.

“If the drug peddlers think that the trade may cause loss of his life, he will surely change the business,” observed the commissioner.

“The drug traders keep firearms for their safety. Many of them are losing lives when the law enforcers go for recovering the firearms. I think, there is no way without it,” he said.

“The loss of life will have to be for peace. If they tackle us with firearms we have the right for using firearms,” said the commissioner adding that more steps are coming and police will take more actions.

He said that some policemen are also involved with the drug trade and three of them were sent to jail within last three months.  The commissioner also emphasised the need for strengthening monitoring at borders to check the smuggling of drugs like Yaba.