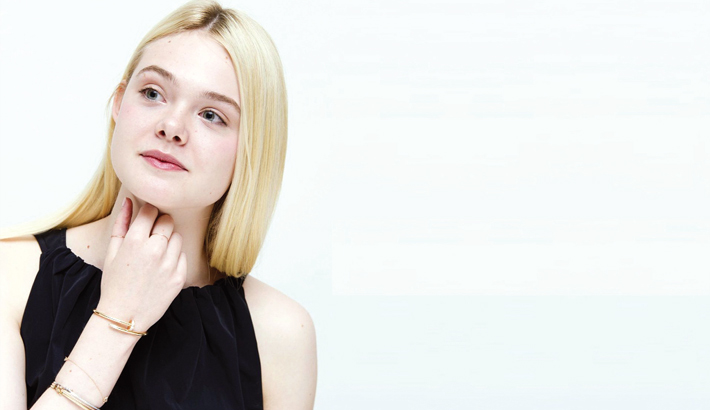 American actress and fashion model Elle Fanning is ''coming to terms'' with the news that Amazon may have shelved her latest movie.

The 20-year-old actress filmed Woody Allen's 'Rainy Day In New York', which co-stars Selena Gomez, Timothee Chalamet, Rebecca Hall and Jude Law, in 2017 but it has been reported that Amazon has put the movie on hold indefinitely in the wake of the Hollywood MeToo movement.

Allen has been accused of - and has repeatedly denied - claims that he molested his adopted daughter, Dylan Farrow, when she was just seven years old.

Speaking to the Hollywood Reporter, Elle said: ''There's a lot of news about this but they haven't told me anything.

''You just have to try to come to terms with it. I feel like the experience that I had matters the most at the end of the day, and you do some great work and literally no one is going to see it ... but that's the way it is.''

Last year, Gomez made a ''significant donation'' to the Time's Up Legal Fund, which was reported to be much more than her salary was for the movie.

Farrow published an open letter in The New York Times in 2014 alleging that Allen molested her in an attic when she was seven and accusing Hollywood of turning a ''blind eye''.

The director has denied the allegation and previously accused the Farrow family of ''cynically using the opportunity afforded by the Time's Up movement to repeat this discredited allegation''.