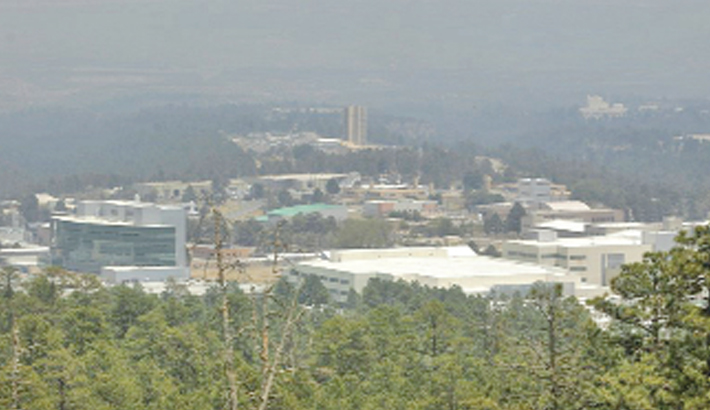 LOS ALAMOS: When J. Robert Oppenheimer invited top scientists, engineers and technicians to New Mexico in 1943 to build the world’s first nuclear weapon, no one really knew what the results would be, reports AP.

What they did know was that they had to succeed at all costs since intelligence reports indicated Germany and its allies were working toward the same goal.

The once-secret city of Los Alamos is marking 75 years of discovery at Los Alamos National Laboratory, which still plays a key role in maintaining the United States’ nuclear weapons cache.

The facility also still conducts research on everything from renewable energy technology to public health concerns and the effects of insects on stressed forests.

The anniversary comes as the lab prepares for a shift in leadership. The U.S. Energy Department recently awarded the multibillion-dollar contract to manage Los Alamos to Triad National Security LLC, a company made up of the University of California, Texas A&M and Battelle Memorial Institute.

The University of California has played a management role since the beginning, and in late 2015 federal officials announced they would be putting the contract out to bid since the management team failed to earn high performance reviews.