The ‘monster’ iceberg: What happened next? 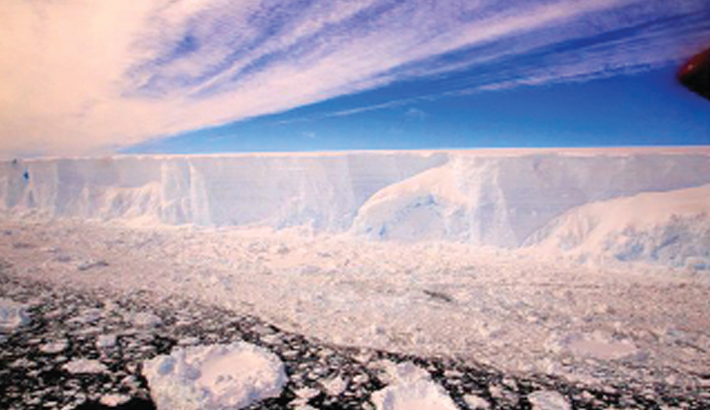 It was a wow! moment. The world’s biggest berg, a block of ice a quarter the size of Wales, fell off the Antarctic exactly a year ago. But what then? We’ve gone back to find out, reports BBC.

Weighing a trillion tonnes and covering an area of nearly 6,000 sq km, the colossus dubbed A-68 has kind of spent the past 12 months shuffling on the spot - rather like grandpa trying to get himself out of a tight parking spot at the supermarket. Occasionally, the berg head-butted the floating shelf of ice from which it calved, but made only limited progress in moving north - its expected path out of the Antarctic’s Weddell Sea towards the Atlantic Ocean.

“An iceberg as massive as A-68 is sluggish, and thus needs time to accelerate,” explains Thomas Rackow from Germany’s Alfred Wegener Institute.

“Compared to much smaller icebergs, A-68 is also less sensitive to offshore winds that could potentially drive the iceberg away from the continent. In fact, since the calving event in early July last year, we could see the iceberg going back and forth due to the prevailing winds.”

Dr Rackow says the frozen ocean surface probably also played some role in constraining the berg’s movement, and wonders if the underside of the berg was catching on the seafloor.

It’s a thought shared by Suzanne Bevan at Swansea University, UK. “We know so little about the bathymetry (depth) in that area of the Weddell Sea,” she told BBC news. Given time, though, A-68 should pick up the pace as the currents grab hold of it.