World Cup: Fever Is Over! 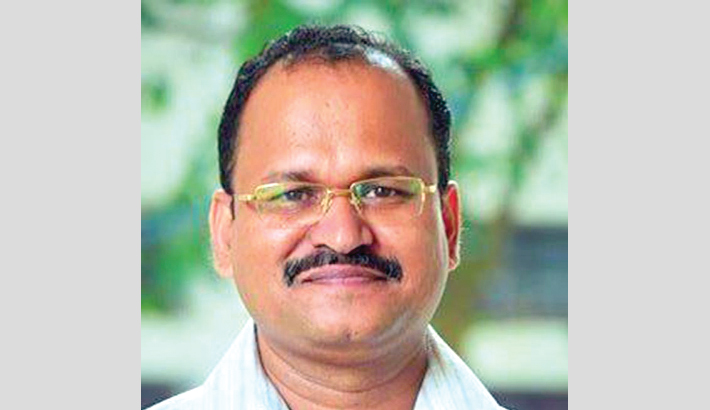 The craze is over, so is the fever. Brazil has crashed out. So has Argentina. Needless to say, the World Cup 2018 is over for the Bangladeshis. With Brazil and Argentina and other Latin American football powers back home, the semi-finals are now poised to be all-European affairs. Admittedly, though good teams have advanced into the semi-finals, the world cup must have become rather pale and heavy going for many in the subcontinent, especially in Bangladesh.

Month-long wait and expectations of the diehard supporters of these teams, millions in Bangladesh, ended in sheer disappointment. With due regard to the emotions of the fans of both the teams, one must say that the teams that sent Brazil and Argentina home were not inferior in terms of power play. Whoever watched those matches must admit that the Latin American superstars have been outsmarted by the European power houses. In fact, prowess and emotions lost to power and calculations when it mattered most.

While Brazil lost by a narrow margin, the lady luck must have been against the world number two. However, Argentina must also consider themselves unlucky in the second round match against France. Though France outsmarted them in pace and precision, the match might have gone Argentina’s way had their defence been more solid. Though Argentine supporters would yearn to forget it sooner rather than later, the day totally belonged to France, to say the least.

I personally have noticed one thing in this year’s world cup and that is the lack of self-possession of the Latin power houses in the face of attacks by the strong opponents. Brazil sailed up to the quarter final rather easily before meeting Belgium in the quarter final in which they faltered evidently. Meanwhile, Argentina was caught unawares in the match against France after having a poor show in the first matches and escaping an early exit.

Though I am not an expert on football techniques, it was quite evident that many Latin footballers looked rather jaded and wayward especially after going goals down. Though a good number of Latin players steal the shows in European leagues quite regularly, most of them looked toothless in the crucial moments of their world cup encounters against strong opponents. Relative lack of speed also featured flagrantly in the man-to-man encounters.

To many, this year’s world cup has been a world cup of upsets and penalties. Former world champions and world number one Germany even failed to even make it to the second round. However, this world cup has been marked by some mistakes by the referees despite use of technology. While stopping play often in a football match to avail the assistance of technology was a little problematic, FIFA has come up with a good answer to frailties and limitations of referees and their assistants.

This world cup has been especially disappointing for the Africans as well. None of the African teams was able to cross the hurdle of first round this time around. However, for the Asian teams, this year’s world cup was not that disappointing, though not remarkable. Japan was able to extend their journey igniting Asia’s hopes and lost to Belgium in a thriller. South Korea had to go home without making it to the second round. However, they crushed the mighty Germans and sent home the Germans for the first time in 80 years.

This world cup has been shocking for the superstars and millions of their fans all over the world. Three heartthrobs of the time, Lionel Messi, Ronaldo and Neymar, have had to leave the world cup rather early this time. In fact, many fans are crazier about the super stars than their teams. Thus, early exits of the super stars must have lessened the glamour of the greatest show on earth. Unfortunately, this world cup may be the last world cup for great Messi and Ronaldo.

In fact, football is no more a favourite game among the youths in Bangladesh. Cricket has taken its place. Bangladesh’s position in FIFA ranking is also going down day by day with the current position at 194 which is really horrible. However, the country and the people become literally crazy during the world cup football. However, the craze is not unfounded at all. People want to have some sheer enjoyment from the world cup and there is little harm in it.

Though Bangladeshi people are not that good in kicking the ball, they have remained pretty intense and imaginative on the Facebook during this year’s world cup. Though both Brazil and Argentina are two Latin sides, Bangladesh was literally divided into two sides centring round Brazil and Argentina. Facebook was thus fraught with remarks and harsh remarks during the world cup. Though many comments were uncalled-for, there were great pieces of witty remarks and observations as well.

Anyway, world cup will again come back for the millions of Brazil and Argentina fans within four years time. Hopefully, Brazil and Argentina will come back strong then. I do believe that next world cup will come back for the Bangladeshis with lots of joy and fun with the exception that our territory will not be so brazenly overshadowed by the flags of other countries. Maybe, no other country has such a scenario during the world cup football.

There are a lot of ways and means to show fondness for one’s team. Surely, however, hoisting another country’ flag is the most bizarre thing. One must not forget about the fact that flag is not just a piece of cloth. Our pride and dignity is embodied in our flag for which our forefathers had to fight in a bloodletting war.

None of us, thus, have any right to let other country’s flag run over that of ours for the sake of unjust and foolish show of emotions. Hopefully, football fans of the country will be matured in four years time and will not hoist another country’s flag next time. The state machinery will also be required to look into it with due earnestness.