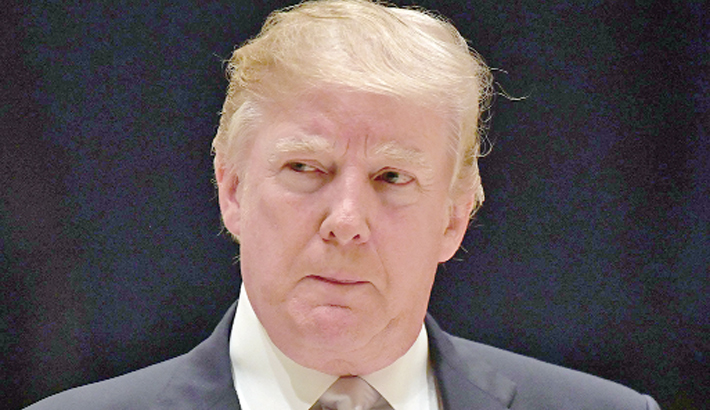 BRUSSELS: NATO leaders face a major threat to the credibility of their military alliance at their summit this week—not from traditional foe Russia, but from the head of their most powerful member, US President Donald Trump, reports AFP.

The gathering at NATO headquarters in Brussels, days before Trump meets his Russian counterpart Vladimir Putin, is shaping up to be the most difficult in years, analysts and officials told AFP.

Allies are braced for a barrage of invective from Trump for not spending enough on defence, and are apprehensive that his often sceptical tone on the alliance that has underpinned European security for 70 years might turn into outright hostility.

The 28 other NATO leaders fear a repeat of what happened at last month’s G7 summit, which ended in disarray when Trump abruptly rejected the closing statement.

“What Trump says will be decisive for the future of the alliance, but we do not know what he will say,” a diplomat from a NATO country said.

“It is a shadow that hangs like the sword of Damocles over the summit.”

Diplomats fear an acrimonious meeting could undermine efforts to show unity in the face of the growing threat on the alliance’s eastern flank—particularly with Trump set to meet Putin in Helsinki a few days later.

German Defence Minister Ursula von der Leyen on Friday told Bloomberg TV that the summit must show unity, warning that “our opponents would be delighted if there is a division in NATO”.

Trump’s own ambassador to NATO Kay Bailey Hutchison made a similar plea for harmony during a call with reporters Thursday.

But the mercurial tycoon set the stage for a fractious meeting by writing to around a dozen NATO allies to berate them for lagging on a 2014 pledge to try to spend two percent of GDP on defence by 2024.

Currently only three European countries hit the two percent target, and while alliance officials are hopeful that four more will join the list by the July 11-12 summit, it is unlikely to satisfy Trump.

He accuses European NATO allies of freeloading, telling a rally this week that they had treated the US like “schmucks”.

Trump has even called into question NATO’s principle of collective defence—under which an attack on one member draws a response from all—for allies he feels are not paying their dues.

NATO officials all the way up to Secretary General Jens Stoltenberg point to increased military investment by the US in Europe since Trump took office as evidence of Washington’s continuing commitment to the alliance.

But comments made by Trump have undercut this, most recently when he told other leaders at the G7 that NATO was “as bad as NAFTA”, the North American trade deal he has threatened to tear up.

Unwavering support for NATO has been a basic tenet of US foreign policy since the alliance was founded in 1949, but as Trump’s emerging trade tariff war with Europe shows, the president has no qualms about upending conventional thinking on major international issues.

Stoltenberg has stressed the alliance’s ability to overcome differences in the past, but Tomas Valasek, director of the Carnegie Europe and former Slovak ambassador to NATO, said the situation with Trump had already undermined its ability to deter would-be aggressors.

“We’ve had violent falling outs over Libya, Iraq in 2003, but it’s qualitatively different in that the biggest of the allies doesn’t just have disagreements with us, but actually seems willing to walk away,” Valasek said.

“The deterrence has already been weakened.”