I’ll never pick a role just because its glamorous: Swara 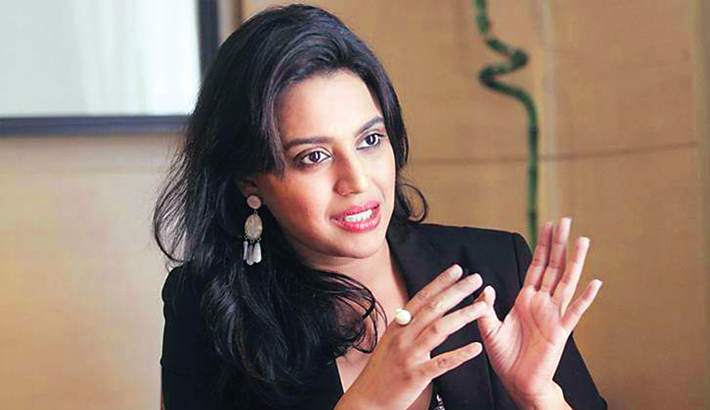 Swara Bhasker says her past choices have made her aware of the fact that she needs to pick performance-oriented characters.

She may be playing an ultra-glamorous role in her upcoming movie Veere Di Wedding, but actor Swara Bhasker says she will not compromise on the content of the film even if she is choosing an out-and-out commercial project. The actor, who has been part of critically-acclaimed projects like Nil Battey Sannata and Anaarkali of Aarah, says her past choices have made her aware of the fact that she needs to pick performance-oriented characters.

"There are people who have offered me films that were so-called glamorous but there was nothing much for me to do in them. So I didn't do that. I have a body of work that justifies that I should have something fairly substantial to do. I can't do something random just to be seen in a certain clothing... I will not be able to do that," Swara told PTI. The actor said filmmakers tend to stereotype her because of her previous films, but producer Rhea Kapoor believed in her and offered the role of Sakshi to her.

"I have done more desi characters and so people assume 'she can do only this'. Kudos to Rhea's vision. It shows she has an imagination. Also, the fact that Rhea's sister Sonam knows me, helped because she knows the person I am," Swara Bhasker said. The trailer of "Veere Di Wedding", which was also stars Kareena Kapoor Khan, Sonam Kapoor Ahuja and Shikha Talsania, has got mixed response as some sections of the audience have criticised the language of the film. Swara said the makers have tried to show things in as real manner as possible.                —TOI