Trump vows to pull US troops from Syria 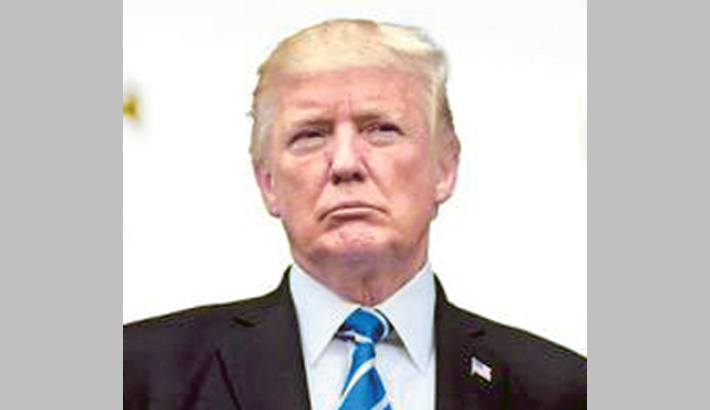 WASHINGTON: President Donald Trump’s White House vowed on Wednesday that the US mission in Syria would come to a “rapid end” but failed to put a timetable on an eventual withdrawal, reports AFP.

Just days after Trump shocked aides and allies by declaring that the 2,000 troops would come home soon, US officials moved to scotch talk of a precipitous pullout.

The decision will reassure those in Washington pushing for a longer commitment to countering Russian and Iranian influence in a Syria still wracked by civil war.

But the hawks’ relief may not last; the White House statement made it clear that the mission will continue only as long as it takes to defeat the beleaguered Islamic State group.

And, with only a few thousand IS fighters thought to remain, the rationale for keeping US troops alongside Kurdish and Arab militia allies in the east of Syria may soon expire.

“The military mission to eradicate ISIS in Syria is coming to a rapid end, with ISIS being almost completely destroyed,” the White House said.

“The United States and our partners remain committed to eliminating the small ISIS presence in Syria that our forces have not already eradicated,” it added.

Trump also spoke by telephone to President Emmanuel Macron of France. After the call, Macron’s office said both “remain determined” to pursue the battle against the IS group.

This determination appeared lacking last week, when Trump triggered speculation about a withdrawal by lamenting that America had wasted $7 trillion fighting in the Middle East.

“We’ll be coming out of Syria, like, very soon. Let the other people take care of it now,” he vowed, in a speech.

US officials confirmed that spending on the mission is under review, and White House spokeswoman Sarah Sanders said: “We want to focus on transitioning to local enforcement.”

Trump’s outbursts have called into a question a policy outlined in January that troops would stabilize areas recaptured from the IS jihadists and boost US influence over Syria’s future.

Then secretary of state Rex Tillerson argued US forces must remain to prevent IS and Al-Qaeda from returning and to deny Iran a chance “to further strengthen its position in Syria.”