Priya to romance Ranveer in Simmba 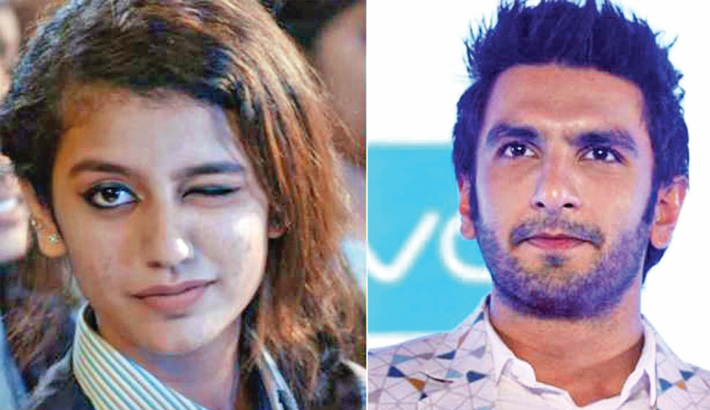 Simbaa is being produced by Karan Johar’s Dharma Productions and the report says that Johar wants to rope in Priya. The daily quoted a source as saying, “The girl’s role is not so big in the film. But Priya has become an overnight craze with the wink of an eye. Bollywood is interested in her. And who better equipped to consolidate Priya’s supremacy in the virtual world in the arena of cinema than Karan Johar.”

If the report turns out to be true, it won’t be the first time for Rohit to have a south Indian star in a Hindi film - Singham featured Kajal Aggarwal while Anushka Shetty was reportedly the first choice for Singham 2.

Ranveer plays a cop, Inspector Sangram Bhalerao, in the film that said to be a remake of Jr NTR-starrer, Temper. “We have bought the rights of Temper but our film is not exactly a remake. We wanted to take four-five scenes from Temper but we thought it’s better to buy the rights. It’s what we did with Singham,” Rohit was quoted as saying in an earlier interview.                 —hindustan