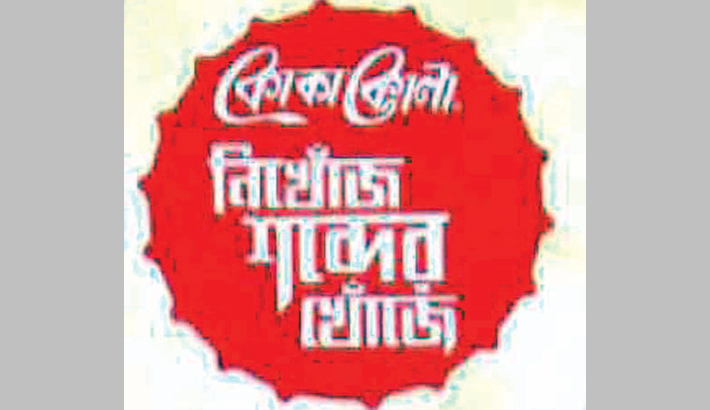 During its month-long campaign titled ‘’Nikhoj Shobder Khoje’’, Coca-Cola Bangladesh received a total of 5,500 submissions nominated as Bangla words that were once widely used but have since fallen into disuse and now are in danger of being forgotten, reports UNB.

Coke organised the campaign throughout February hoping to revive some of the once widely used Bangla words that are currently felt to be forgotten, marking the Martyrs’ Day and International Mother Language Day, said a press release on Sunday.

Some of the entries Coke received were Keuketa, Samichin, Samprikto, Balkhillo – said to have once “ornamented Bangla language are not used any more”. The aim of the campaign was to revive such words. Leaving it open to the public to nominate the words obviously led to the hyper-inflated list of entries

The campaign launched a website which received around 100,000 visitors for solid online traffic. In the website, there was a quiz contest called ‘Shobdo Shikar’, where the participants submitted the once used Bangla words which they thought were currently forgotten.

A total  336 of them were able to submit words that were actually considered valid as ‘forgotten Bangla words’ by the panel of Bangla experts and linguists and were awarded for their contributions. Each winner of this quiz received a case of Coca-Cola as gift.

A total of 12,000 people received certificates for their submission of forgotten Bangla words. As many of the words submitted were repeated by other participants, so Coca-Cola was able to sift through them and collect 5,500 words as entries.   The campaign got remarkable attention and engagement, mostly from the youth.