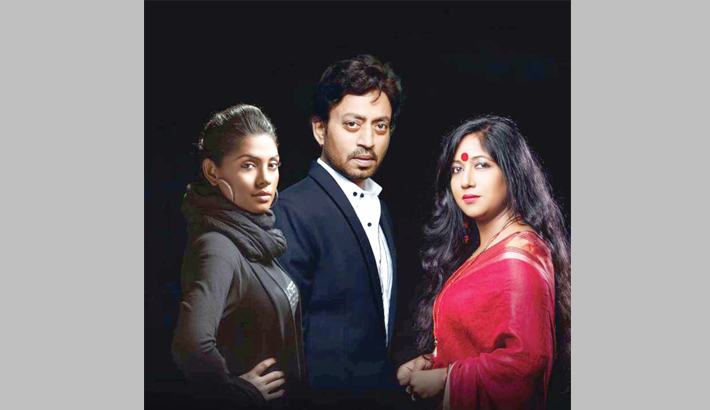 Filmmaker Mostofa Sarwar Farooki’s much-talked-about film ‘Doob’ (No Bed of Roses) is going to participate at the Italy for the 28th Asia, Africa and Latin America film festival in Italy’s Milan.

The Film Festival has been scheduled to run from March 19 to 25. The film ‘Doob’ will be a part of main competition section with 10 other movies at the festival.

Mostofa Sarwar Farooki will be leaving Dhaka on March 20 to participate in the festival.

He will participate in a Q&A session as well as sit in for a discussion with aspiring filmmakers in Milan Film School. Mostofa Sarwar Farooki wrote on his Facebook account, This time my Italian vocabulary is surely going to improve from ciao-pronto-prego to at least 20 words!

Taking a crucial one week break from Saturday Afternoon’s post production and heading to Italy for a week as I join the festival trail again with Doob (No Bed of Roses)!

Happy to be a part of main competition of 28th Afro, Asia, Latin film festival, Milano!

Also glad to be invited by National Museum of Cinema, Turin, to present No Bed of Roses in a special screening!

Last but not least, thanks to Milan Film School for inviting me to spend a day with the students!

Since 1991 this festival has been a firmly established appointment for filmgoers in Milan and elsewhere. It is the only Festival in Italy –and one of the only three in Europe – wholly devoted to films about the reality and cultures of Africa, Asia and Latin America and Italian cinema of research on the topics of diversity, travel and culture.

Doob: No Bed of Roses is a 2017 Bangladesh-India co-production drama film written and directed by Mostofa Sarwar Farooki. It was produced by Abdul Aziz, Himanshu Dhanuka and Irrfan Khan under the banner of Jaaz Multimedia and Eskay Movies along with Irrfan Khan Films. It stars Irrfan Khan, Nusrat Imrose Tisha, Rokeya Prachy and Parno Mittra. The story builds up around the members of two families discovering the finer fabric of love when the headman of a family dies. The theme is that death doesn't always take things away: Sometimes it gives back.

Irrfan Khan was cast in to play the lead role opposite Nusrat Imrose Tisha. Rokeya Prachy and Parno Mittra later joined the film in a supporting role. This marks Khan's 10th international film.

Internationally acclaimed director Farooki describes Doob: No Bed of Roses as a family story of loss and regain. Regarding the film Khan said, "When I saw his first film 'Ant Story', it immediately got me interested. I was impressed with his approach, style, and the way he unravels the story ... His works carry a strong humane angle, which is why his characters are multi layered."

Doob: No Bed of Roses had its world premiere at the Shanghai International Film Festival on June 25, 2017. After months of waiting for clearance, the film was finally announced to be released on 27 October 2017 in Bangladesh and India. Talks were on with distributors of respective countries whether the it can be released in Australia and Singapore on October 27.

Upon release "Doob:No bed Of Roses" received positive critical acclaim from the prominent critics of both Bangladesh and India.

This movie has been selected to compete at the main competition round of the Shanghai International Film Festival 2017, which commenced from June 17, 2017.

Doob: No Bed of Roses has been selected for the main competition section of the 39th Moscow International Film Festival. The film wins the Kommersant Weekend Prize in the festival.