On the 10th March of every year, Bangladesh observes National Disaster Preparedness Day (NDPD). With the aim of disaster preparedness at all level, Bangladesh will celebrate the day with the theme of ‘the world and country will know that Bangladesh is ready to face the disaster’ where the stakeholders from the Government of Bangladesh, civil society forums, disaster practitioners and the community based organisations will participate.

Bangladesh is a disaster-prone country, the geographical settings and various other anthropogenic features make the country vulnerable to frequent and devastating natural disasters. Due to rapid expansion of urbanisation, covered by over 230 rivers, 580 kilometres of exposed coast lines, increasing trend of population and impact of climate change, an increased number of disaster events are occurring characterised by small scale to large scale. As a result, Bangladesh frequently suffers from devastating floods, cyclones, storm surges, tornados, cold wave, riverbank erosion and drought. The country’s precarious perch in between two tectonic plates exposes it to devastating earthquakes in near future.

In different disasters over the past 30 years, a total of 323 million people have been affected, out of which 191,836 were life casualties. The total amount of resulting damage in terms of economy was 17.10 million USD (EM-DAT). A severe cyclone took a toll of 0.3 millions human lives in Bangladesh. A cyclone named ‘Sidr’ hits coastal belt of the country affecting all the 32 coastal districts by damaging lives and livelihood immensely. Bangladesh is one of the vulnerable countries from earthquake due to its surroundings by the regions of high seismicity. According to CDMP study, some 78323 building will be destroyed completely if a 6 magnitude earthquake shakes Dhaka. In case of a 7.5 magnitude earthquake, some 72,316 buildings in the capital will be damaged totally and 53,166 others partially while the numbers will go for 238, 164 across the country by an 8.5 magnitude tremor. Over the years, river erosion considered as one of the major disasters of Bangladesh both from natural and man-made due to the impact of climate change and human intervention as well. A research shows, (CEGIS, 2011) almost 0.1 million peoples become homeless in every year due to river erosion.

Globally, the importance of preparedness has been recognized. In 1988, after implementing a flood mitigation and watershed management project in Kinshasa, the Congolese capital, the Office of US Foreign Disaster Assistance (OFDA) calculated that each dollar invested in DRR in Kinshasa resulted in savings of at least $45.58 during the following rainy season in 1999 (nef, 2012). There are other studies that suggested investing on risk reduction before the risk happens i.e. the World Bank estimates that every dollar spent on risk reduction save $7 in relief and repairs.

Over the years, Bangladesh has confronted many challenges of natural disasters and tried to mitigate the risks of natural disasters. Followed by various international and national level commitments in disaster risk reduction, numerous measures are proactively taken by the Government of Bangladesh to address disaster risks comprehensively with the vision to reduce the vulnerability of the poor to the effects of natural, environmental and human induced hazards to a manageable and acceptable humanitarian level by bringing a paradigm shift in disaster management from conventional response and relief practice to a more comprehensive risk reduction culture and strengthening the capacity of the Bangladesh disaster management system in improving the response and recovery management at all levels.

Bangladesh has successfully formulated and enacted disaster management act, policies, plans, standing orders and appropriate institutional framework for implementation. This provides basic operational mechanism for all the relevant ministries and agencies, but the effective functioning of all the pledges has yet to be tested. There continues to be lack of coordinated implementation, lack of sustainability, access to modern technologies, access to information and of course scarcity of resources. Lack of coordination among the department themselves, hampers quickest response in emergency. There is a need to complement disaster management vision of Bangladesh by building organisational capacity, sustainability and allocating useful resources.

For managing cyclonic disasters, Bangladesh has significantly improved its preparedness. But, still the country have long way to go particularly for the areas of improving coordination among the efforts of government and the NGOs, unavailability of required numbers of shelters, lack of volunteers, awareness-raising materials and level of modernisation of the Cyclone Preparedness Programme (CPP). Considering cyclonic storm, taking shelter at the safe home is the ultimate preparedness measure. In 13 coastal districts of the country, around 4,000 shelters have been constructed over the years for around 10 millions of people while significant numbers of shelters are not in a right position due to proper planning during the construction time. In last four years, around 2000 shelters have been built, although 5,000 shelters were supposed to be constructed.

Mixing modern technology and indigenous knowledge, developing an appropriate flood signalling system is yet to be achieved. There is a serious gap in constructing flood shelters in the flood prone areas where mainstreaming disaster risk reduction plans into Annual Development Planning should be considered with high attention.

Bangladesh still has a huge amount of work to do in preparing for an earthquake, particularly for the major cities of the country including Dhaka, Chittagong, Sylhet and Mymensingh. Along with the rapid urbanization – where around 35000 people move to urban areas in every week – National Building Code needs to be strengthened and enforced where preparedness measures should be taken by the community and households level. Till the date, very minimum efforts have been taken for spreading the preparedness knowledge of the communities and increase the stock of the government.

For earthquake awareness community volunteers can force as change agent. In this regard, government decided for building 62,000 community volunteers to carry out rescue operation immediately after disasters, but it built only around 40,000 volunteers in last six years. For massive awareness for earthquake, government and non-government organisation can work together for building partnership where media can play an effective role. A regular basis earthquake demonstration, mock dill both community and school level should be organised so that people can learn how they will respond during and after the tremor. There should have a concrete plan for the slum dwellers and their hazards.

Finally, for making the country resilient to disasters and promote preparedness at all level, a gradual and self-supporting change is required where sustainable engagement should be ensured from all levels of stakeholders, particularly from the disaster management committee at all levels. Considering all the hazards, an effective response plan requires where local needs, contexts and aspirations are addressed. In the last decades, Bangladesh became a leader in developing institutional frameworks and capacity building initiatives, however similar efforts should be deployed for the implementation of the policy frameworks, promoting culture of safety and dissemination of best practices which ultimately will translate the country into disaster resilient. 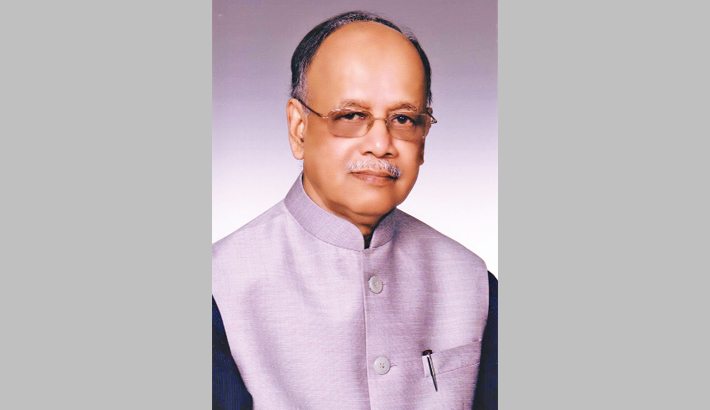 Don’t Kill the Pied Piper in the Name Of Islam

A losing battle against drug

Education for knowledge, not degree