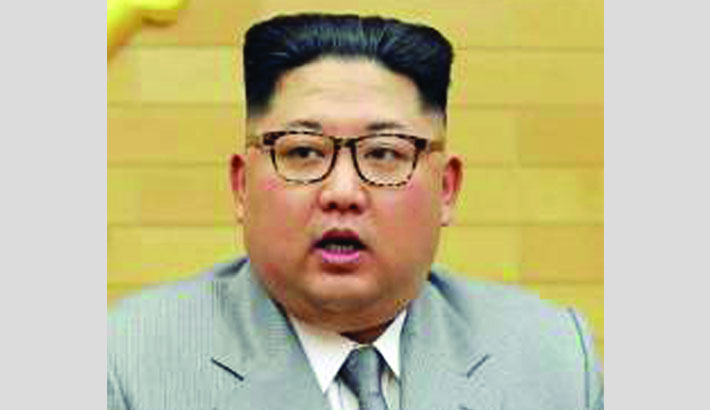 SEOUL: South Korean President Moon Jae-In said Wednesday he would be willing to sit down with the North’s leader Kim Jong-Un, as the international community welcomed an agreement for Pyongyang to send its athletes to the Winter Olympics in the South, reports AFP.

The Games in Pyeongchang next month have long been overshadowed by geopolitical tensions, with the North launching missiles capable of reaching the US mainland in recent months and detonating by far its most powerful nuclear device to date.

But Pyongyang—which boycotted the 1988 Summer Olympics in Seoul—on Tuesday agreed to send athletes and officials to the event as North and South held their first formal talks for two years at Panmunjom in the Demilitarized Zone.

“It is only the beginning,” Moon told a press conference. “Yesterday was the first step and I think we had a good start.”

“Bringing North Korea to talks for denuclearisation is the next step we must take.”

He was willing to hold a summit “at any time”, he said, as long as it was “under the right conditions”.

“But it cannot be a meeting for meeting’s sake. To hold a summit, the right conditions must be created and certain outcomes must be guaranteed.”

Moon has long supported engagement with the North to bring it to the negotiating table over banned weapons programmes that have alarmed the US and the global community, and seen Pyongyang subjected to multiple sets of United Nations sanctions.

But the US has said the regime must stop nuclear tests if negotiations with Washington are to take place.