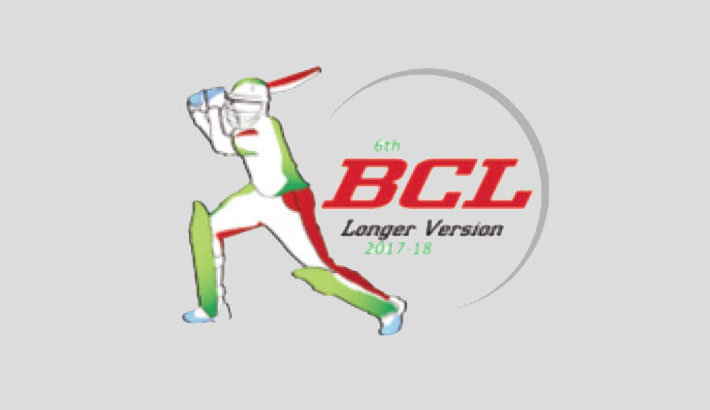 Mominul made his second first-class double century and the left-handed Zakir hit 119 as East Zone piled up 546 before being all-out at BKSP.

At the close, South Zone managed 128 by losing their three top batsmen. South Zone are still trailing by 418 runs.

It was another day of suffering for a depleted South Zone bowling attack. Left-arm spinner Abdur Razzak claimed six wickets and Saqlain Sajib took three but their effort proved little as Mominul and Zakir continued class batting show throughout the sessions.

Mominul and Zakir put on 233 runs for the sixth wicket.

The duo frustrated South Zone bowlers till lunch break as South Zone’s first success came when Zakir was dismissed by Saqlain. His innings was laced by six fours and four sixes.

Mominul then added another partnership of 50-run with Sohag Gazi who contributed 35 runs. The partnership was broken with Gazi’s departure.

Veteran Tushar Imran was batting on 22 while Mosaddek Hossain was not out on 42.

Meanwhile, batsman Jahurul Islam led from the front with an unbeaten century to help BCB North Zone to post 433 for seven at stumps against Walton Central Zone at Sylhet International Stadium in Sylhet.

Central Zone though passed a brilliant first session with their bowlers. They dismissed five batsmen in 197 runs but the rest of the day belonged to North Zone.

North Zone’s massive total of 433 for 7 was largely dependent on their captain Jahurul Islam’s unbeaten 152-run knock including 14 fours and five sixes. Credit should also be given to Dhiman Gosh who played a supporting role with his 93-run innings. They duo shared 176-run stand for the sixth wicket to rescue the trouble.

North Zone openers resumed the day with an unbeaten 93 runs in the tally but could added just nine runs before Nazmul Hasan was castled by Taskin Ahmed for 44.