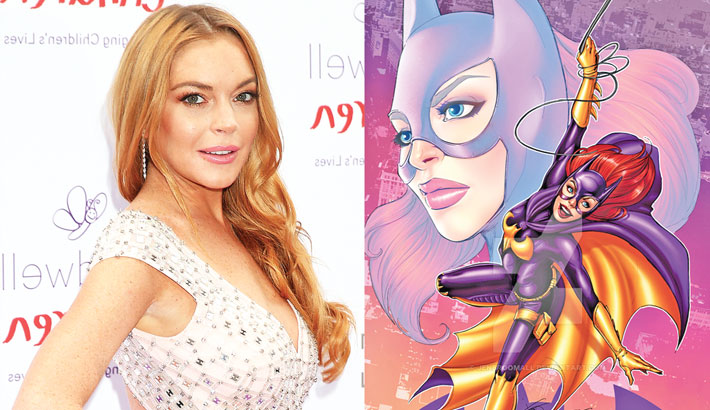 American actor Lindsay Lohan has expressed a wish to play the DC character Batgirl in Joss Whedon directed film. Reports in November last year had said that Whedon was still attached to direct the Batgirl solo project after the failure of Justice League that he helped direct. Lohan tweeted the wish and asked her fans to tell Joss Whedon. “RT if I should star in the new BATGIRL movie and everyone tell @joss   ,” she said.

The future of DC films is still unclear since the first flagship film in their cinematic universe did not earn as much as they expected after a hefty budget. In fact, it is on course to be the least successful in the DC Extended Universe. So despite the reports, it is not certain that their will be a Batgirl film although Warner Bros, the studios that owns DC Comics, has not decided to alter the DC film slate for upcoming years.

Batgirl is a masked vigilante like Batman and just like the Caped Crusader, she also operated from Gotham city. Although many characters have donned the tile of Batgirl, Barbara Gordon, the daughter of Gotham City police commissioner Jim Gordon, is the most famous character. She also shares the characteristics of Batman like genius level intellect, capabilities of a detective, strength, agility, hand-to-hand combat skills, and so on.  —indianexpress