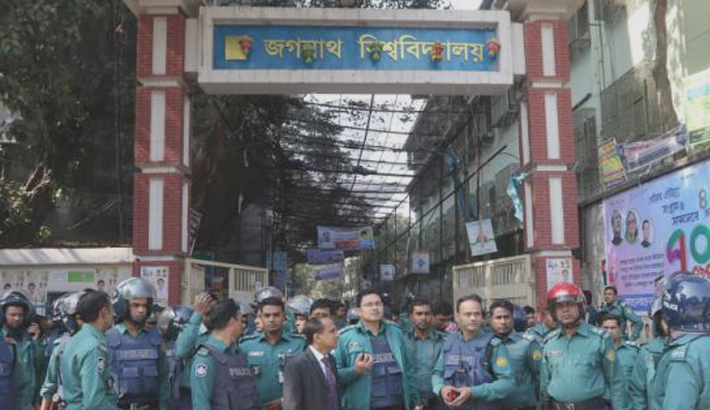 At least 15 people were injured in a series of clashes between two groups of Bangladesh Chhatra League (BCL) of Jagannath University (JnU) unit over establishing supremacy on the campus on Wednesday.

At around 9:00am, both groups began chase and counter-chase with iron rods, sticks, machetes and bricks bats and it continued till 1:00pm that left several activists of the both factions injured.

MD Rasel said, “We will take organisational action if any BCL man is found involved with the incident.”

JnU proctor Dr Noor Mohammad said, “I was present during the clashes on the campus. I have not received any allegation from any one. But, we will take action after the investigation with the help of police.”

Badrul Hasan Reyad, ‍AC of Kotwali Zone of police, said, “We brought the situation under control. Four platoons of police were deployed to avoid further unpleasant incident on the campus.”

“We seized four sacks of iron rods conducting drive on the campus,” he added.