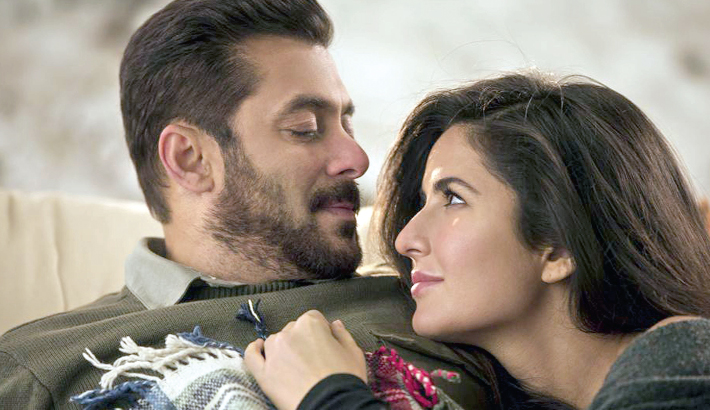 Salman Khan has done it again. After saving Bollywood from a bad year, his latest film Tiger Zinda Hai is all set to enter the Rs 300 crore club, reports Hindustan Times.

After Bajrangi Bhaijaan and Sultan, this will be Salman Khan’s third film to enter the exclusive group. Aamir Khan’s Dangal is the only other Bollywood film to earn more than Rs 300 crore in India itself. Dangal also holds the record of being the highest grossing Hindi film ever.

Trade analyst Taran Adarsh has tweeted about Tiger Zinda Hai’s business figures. The film, which released on December 22, has so far garnered more than Rs 280 crore at the domestic box office.

A sequel to 2012 film Ek Tha Tiger, Tiger Zinda Hai marks the return of Salman Khan as the daredevil RAW agent Avinash Rathod. This time he is on a mission to rescue Indian nurses in Syria.

Katrina Kaif has also reprised her role as Pakistani agent Zoya who is now married to ‘Tiger’ in the film. It also saw Iranian actor Sajjad Delafrooz as the chief of a terrorist organisation.

Tiger Zinda Hai is directed by Ali Abbas Zafar, who earlier directed Salman in Sultan, while the original was directed by Kabir Khan.