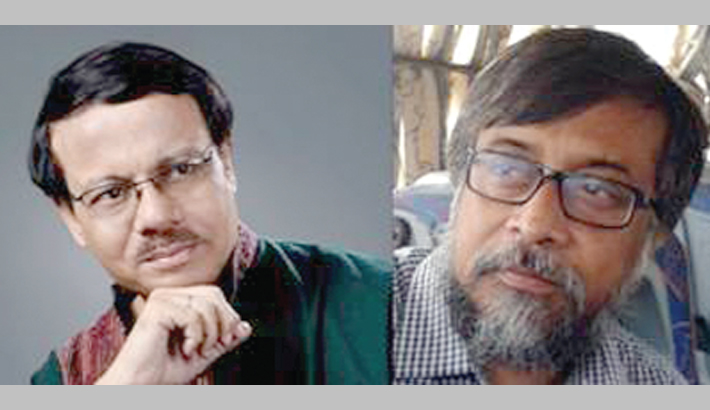 ‘Music Mind’, the creation of Prabuddha Raha and Soumitra Sengupta, is a special concert of Tagore songs  in which Rabindra Sangeet with Piano brings out  the subtle influences of Western Classical music on Rabindranath Tagore.

This will be the 8th show of ‘Music Mind ‘. Their last show was held at Drury University, Springfield, Missouri, USA.

Prabuddha Raha started his musical journey at a tender age and later completed Diploma in Rabindra Sangeet from the musical institution “Dakshinee” in 1978.

Raha has performed as a playback singer in ‘Paramitar Ekdin’ by Aparna Sen, ‘Benche Thakar Gaan’ by Sudeshna Roy and many other films. He has also worked as Music Director for several Documentaries of Doordarshan and in the feature film Tagore’s ‘Chaar Adhyay’, directed by Nitish Mukherjee.

He has sung for a large number of telefilms for Tara Music and other TV channels in India. He was appointed as External Examiner for Visva Bharati University, Rabindra Bharati University and Kolkata University in 2008. He has performed, taught and conducted workshops in Rabindra Sangeet and other genres of Bengali songs in many countries. He has released several music albums from reputed companies in Kolkata.   Prabuddha Raha is also a graduate in Geology from Presidency College, Kolkata,

Soumitra Sengupta has learnt Western Classical music on Piano for twelve years from different experts in Kolkata including Fernandes and Ajoy Ghosh.

He can play the compositions of great composers like Beethoven, Mozart, Chopin, Liszt and others. Apart from music, he is a senior Professor and a theoretical Physicist by profession and works in a National Research Institute in India. He is also a fellow of the National Academy of Sciences, India.

All are cordially invited to attend the programme. Entry is open to all.