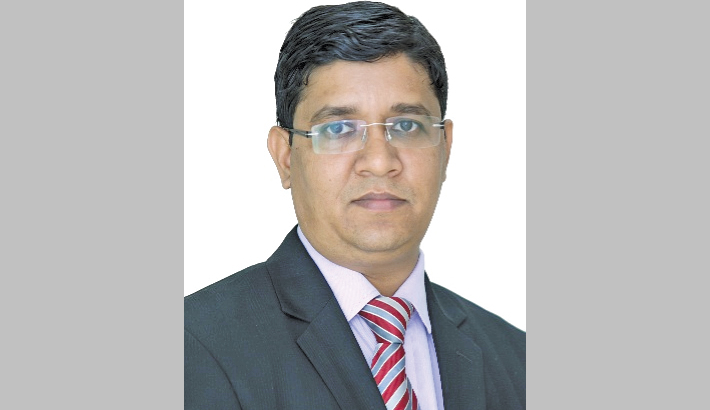 Lubricating oil: Lubricating oil is a mixture of base oil and additives, used to lubricate engine/machine parts, reduce friction, clean, cool, and protect machineries. The base oils constitute 70 to 90 percent of the total, while additives round out the remaining 10 to 30 percent. These additives include dispersants, detergents, anti-wear additives, friction modifiers, antioxidants, anti-foam additives, and corrosion inhibitors, viscosity index improvers, pour point depressants, and more.

Used/waste lube oil: Every time engine is running, by-products from combustion contaminate engine oil. If the contaminants build up in the oil, they can settle and create sludge and the colour becomes blackish. This contaminant oil is called used oil which contains numerous toxic substances including polycyclic aromatic hydrocarbons, which are known to cause cancer. In addition, tiny pieces of metal from engine wear and tear, such as lead, zinc and arsenic, make their way into lubricants, further contributing to the polluting potential of used engine oil. Engine oil is exposed to heat and oxygen during engine combustion, which changes its chemical makeup. Because spent engine oil is heavy and sticky, and contains an extensive concentrated cocktail of toxic compounds, it can build up and persist in the environment for years.

Environmental impact associated with used oil: After certain running hour’s engine oil escapes from the engine and the most used engine oil eventually makes its way into waterways in the form of runoff. The oil and greases have been known to cause extensive damage to environment, creates risks of contaminating air, water and soil with substances that pose substantial hazards to    animal and plant life, deaths to migrating birds, marine life, as much harmful to human life and a great threat to environment.

As per US EPA 1994, just one gallon of used oils can make a million gallons of fresh water undrinkable.

Most waste oils contain small amounts of materials that can cause cancer and other health problems if these materials are inhaled and ingested. Used/waste oils can be ingested if they get into drinking water sources and are not detected and removed.

Oils have considerable potential to cause environmental damage by virtue of their ability to spread over large areas of land and water. A film of used/waste oils on a water surface prevents oxygen from entering the water and blocks sunlight. This makes it difficult for plants to photosynthesize and reduces plant and animal life in water body.

Used oils applied to land can render the soil unproductive. Oil placed in landfill may seep through the bottom of such landfill and subsequently contaminate groundwater supplies.

Waste oil pollution can affect a high fish mortality rate and affect the reproductive cycle. These considerations are important in relation to the food chain and ultimate consumption of these fish and fish products.

In the environment, used oils degrade very slowly. 20% to 80% of petroleum products in soil are degraded after one year. For waterways, only 20% get degraded.

Spillage of waste oils into soil can bring changes in the biological cycles in the soil. The presence of used motor oils in the soil inhibits plant development since oil fills the pores between the soil particles and hampers oxygen access. Also the metal content of surviving plants is increased. These metals inhibit carbon mineralisation, nitrogen transformations and mineralisation of sulphur and phosphorous.

Unrestrained burning of waste oils may result in significant levels of hazardous emissions to the environment. This may expose humans, wildlife and vegetation to harmful substances.

Minimize environmental impact: We are all aware with recycling newspapers, aluminum cans, glass and plastic bottles, but you may not be aware of the efforts of the petroleum industry and other groups to promote used engine oil recycling: providing convenient collection sites for the purpose of keeping used engine oil out of our waterways and ground water supplies and getting used oil into the recycling system.

Preventing used engine oil from entering the environment is the most important factor for us and not too much difficult. The government may set municipal recycling centres or special recycling zone. In Middle East, EUROPE, USA, Canada, Australia and every developed country has used oil disposal stations. In USA an estimated 3028 million litres of used engine oil are recycled annually by utilizing a designated oil-disposal facility. Never dispose of used engine oil in the trash, down household drains, into storm drains or directly onto soil. Inspecting equipment and vehicles regularly and immediately repairing items that appear to be leaking oil is another way to prevent pollution from used engine oil.

Engine oil has value even after it has been drained from an engine. The oil you take to a collection centre to be recycled saves energy. It can be reprocessed and used in furnaces for heat or in power plants to generate electricity for homes, schools, and businesses. It can also be sent to a refinery that specializes in processing used oil and re-refined into lubricating base oils that can be used to formulate engine oils meeting API specifications.

There are many practical uses for used engine oil. A primary use is to re-refine it into a base stock for lubricating oil. This process is very similar to the refining of crude oil. The result is that the re-refined oil is of as high a quality as a virgin oil product. A secondary use of the used oil is to burn it for energy. Large industrial boilers can efficiently burn the used oil with minimum pollution. As a result some used oil is sent to power plants or cement kilns to be burned as fuel. On a smaller scale small quantities of used oil are burned in specially designed heaters to provide space heating for small businesses.

Recycling of lubricating oil is the most difficult due to complex mixture of additives and by-products. If we begin the widespread use of recycled oil (re-refined) in our possible applications, we can slow down the reduction of all remaining oil reserves. Annually the United States generates over a billion gallons of waste lubrication oil. Millions of gallons                 of this used oil is collected and transported to refineries. It is then re-refined into clean, clear, reusable premium base oil.

There are confusion around the three types of refine process, here is the breakdown the differences between each and share some usage applications as well.

Virgin oil: Virgin lube oil is the most common type of oil used in lubrication products today, and sets the standard for oil quality. Virgin oil is crude oil that’s gone through the refining process, but hasn’t been used yet. Once you use it in your machines, it’s downgraded to used oil.

Recycled oil: When used lube passing through a filtration system to remove any insoluble impurities, it refers to recycled oil. This won’t remove any chemical contaminants, but removing the physical ones can make it suitable to be burned as fuel or re-used in non-critical systems.

If the plant has lots of hydraulic systems, it can use a commercial filtration system to filter out contaminants from your hydraulic fluids, re-charge the fluids, and re-use them on your non-critical hydraulic systems to save money. However, it is only recommend recycling on site if you have the knowledge and equipment to do so properly, as you’ll need the proper fluid analysis to validate that your fluid is still in spec for use your machines. If you don’t have the tools or know-how to conduct a proper analysis of your oil, your fluid supplier should be able to help you out.

Re-refined oil: While recycled oil is been filtered to remove soluble impurities, re-refined oil goes much                further and removes both soluble and insoluble impurities. Additives are chemically stripped from the oil after filtration, leaving it with un-additized base oil. From here, the oil is sent off site back through the same distillation stack used to make virgin oil, where they remove water molecules and any other contaminants. When it comes out of the distillation stack, the oil has to be qualified by the American Petroleum Institute (API) against the exact same base oil ratings as virgin oil, and if the oil doesn’t meet those standards, API won’t let it fly. Re-refined oils are only allowed on the market if they meet the same API standards as virgin oils. You’ll also be making a “green” decision that benefits the environment.

Vehicle registration numbers are increased significantly from 2011 to 2016 on average 37% and total population up to 2016 is 2,879,708 (BRTA). As per government plan, power sector growth in MW is 9% due to significant growth of engine based quick rental power plants since 2013 to 2016 based on 7 % GDP growth rate, and general manufacturing and process industrial growth around 3-4%. The annual domestic demand of lubricating oils is increasing significantly; it’s around hundred millions litres.

It is important to note that unlike diesel or gasoline engines, natural gas engines can burn large quantities of lubricating oil during operation. The total apparent consumption equals to true consumption (used by engine) plus losses (leakage, purifier losses, evaporation, etc.). The typical oil consumption rate of an IC engine is 0.091-0.910 grams/horsepower-hour. During engine operation oil is partially burned at mentioned rate and directly expose to atmosphere through exhaust gas. This oil consumption rate can be determined for an IC engine using the following formula:

Used/waste oil is produced out of apparent consumption after certain running hour interval, it’s around ten to fifteen millions litres annually in countrywide. In addition, operation of heavy fuel oil (HFO) is now big challenges due to HFO fuel based power plants. This HFO fuel produces thick sludge and sometime contain heavy metal which is dangerous for environment. Majority of used petroleum products/by products are directly exposed to environment due to lack of knowledge &regulator’s monitoring. There are thousands of lube change centres (LCC) available in countrywide. LCCs do not maintain any standard procedure for collecting or disposing used oil; in few cases they sold it to collector at rate BDT 15-20/Ltr. This collected oil goes to so called refinery where they are recycled and sold it to cheaper lube market as well as adulterates engine oil. This recycled and adulterated oil is used in engine due to lack of knowledge of drivers or ignorance of vehicle’s owners. As a result, million dollar’s machineries are damaged permanently.

The recycling of petroleum products is less well known and sometimes confusing. Many individuals who are unfamiliar with the importance of recycling used oil are unconsciously harming the environment by throwing it away with their normal garbage or emptying their used oil into storm drains. Such actions, especially emptying used oil into storm drains, can cause real harm to the environment. To put it into perspective, just one gallon of used oil can contaminate one million gallons of water.

Vehicles are an indispensable fact of our life. What we will do with the used oil from our cars/machineries that plays an important role in balancing our desire for convenient transportation with our desire for a clean and healthy environment today and for future generations? By dropping off used engine oil and strong regulator’s guideline may help prevent pollution and conserve energy for a safer and healthier for tomorrow.

The writer is a Petroleum and Mechanical Engineer. Email: [email protected]