Plight of Voters with Disability 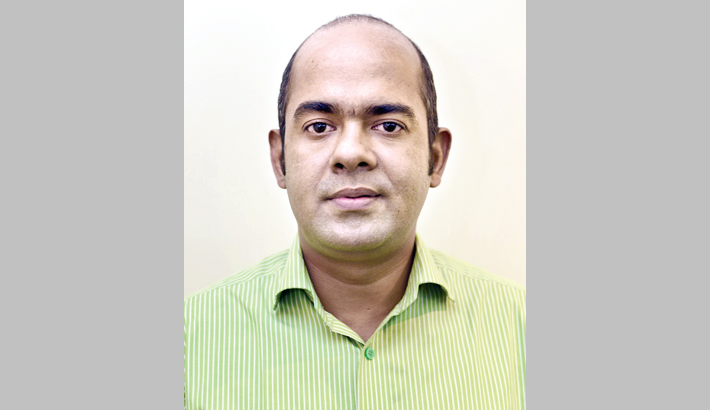 The national election, according to constitutional obligation, is expected to be held at the end of this year. The major political parties of the country are busy finding out right candidates for each constituency. Aspirant candidates are also not sitting idle; they are not only directly or indirectly lobbying party high ups to win the ticket for running for election from respective constituencies but also campaigning overtly or covertly by either putting up poster or hanging banners or writing on the walls with lofty promise in their locality. In Bangladesh, any election, be it local or national, means a kinds of festival, it is the time when public, particularly voters, get more attention from political leaders or party activists than in any other time. And the election day is the day when the public, holding enormous power, mandate or elect representative of their choice to run the constituency.

Therefore, for any election, the role of voter is pivotal. Usually, voters exercise their voting right by going to election booth and stamping on the electoral symbol on the voting day. But what about the people who are voters but are not able to exercise their right or to enjoy the voting festival by reaching the booth on their own? Or it takes them strenuous efforts to make the way to the voting booth? Well, I’m saying about the less fortunate group of the society, whose mobility or other activities have significantly been restricted by the disability in an organ or other.

Generally, a reference to voters with disabilities is likely to conjure up the picture of an elderly person being carried to a polling booth by a younger person or being helped to stamp the ballot paper that is published during each election to demonstrate public interest in the election process and proof of democracy in the country. But such a symbolic pictorial representation cannot sweep the disappointment of hundreds of thousands of persons with disabilities under the carpet, with no one to help them exercise their right to vote. The bitter reality is that by and large, persons with disabilities are kept out of the electoral process.

The International Foundation for Election Systems (IFES) began an effort in Bangladesh to promote greater participation by citizens with disabilities in national elections in 2001. Although it started its advocacy in association with other local NGOs long ago, the situation regarding participation of voters with disability in the elections remains more or less the same. During its survey and workshops at different districts of the country before and after elections, disable voters had expressed their frustration over exercising their rights. For instance, voters with visual impairments expressed concern over protecting their voting right in the elections. They were even unaware of the fact that the Bangladesh Election Law provides voters with disabilities who require assistance the right to choose their own assistance. This is more so because many voters noted that assistance was often “offered” by presiding officers and even party workers.

Voters with hearing impairments spoke of their frustration at not being able to communicate with poll workers. They also observed that the deaf - the majority of whom are illiterate - lack access to information about the candidates and the voting process.

Voters with physical impairments mentioned that long and disorganized voting queues can present a major challenge and even a danger. Some complained that they had been pushed and knocked over by the unruly crowds in the past elections. Others informed that unfavourable environment and lack of their physical strength to stand in long lines left them with no choice but to stay home on the polling day.  By and large, voters with all types of disabilities encountered discriminatory attitudes or unfriendly behaviour by poll workers and voters alike. At times, discrimination even led to voters with disability being discouraged in exercising their right to vote.

On the whole, to ensure the voting right for the disabled, other fundamental rights are to be ensured first basing on egalitarianism.  Their special requirements should be considered as right based, instead of need based.  Naturally, it is a disabled individual who can truly realize the actual necessities of other disabled people. Therefore, person with disability ought to be allowed to come in leadership positions in every sector. In the present case, disable people can be trained as electoral observers to conduct the electoral proceedings for the people with disability.

Moreover, a specific number of seats can be reserved in parliament and local body for them to run for election to make the representative of disabled community. Temporary arrangement of ramp should be made mandatory for the buildings housed polling booths.  A voting queue comprised of the disabled, the infirm, and pregnant women ought to be preserved as a priority queue so that these people can cast their vote first with minimal hassles. Separate polling booths are to be set up depending on the types of disability and the introduction of Braille ballot paper for the visually challenged can be thought about. By the way of conclusion, while the government should ensure equal opportunity in every sphere, including the voting right, for the disabled, everybody in their respective position should lend a collective hand to understand and meet their needs. Only our combined endeavours can make redress for the ruthless treatment they receive at the hands of fate.