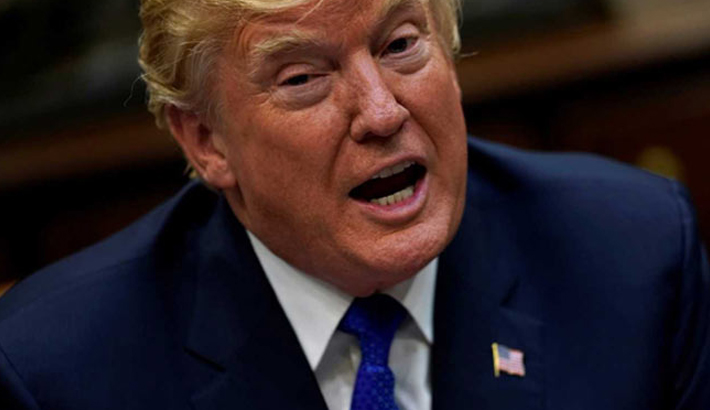 WASHINGTON:  US President Donald Trump denied Sunday having asked then FBI director James Comey to stop investigating ex-national security advisor Michael Flynn, who has since pleaded guilty to lying to the FBI about discussions with Russia, reports AFP.

Trump also insisted he and his campaign had not colluded with Moscow in last year’s election, and shifted blame on the Justice Department and his Democratic rival Hillary Clinton.

But his position was complicated by another Twitter post in which he indicated he had fired Flynn because the national security chief had been untruthful not just to Vice President Mike Pence but to the FBI as well.

That comment appeared to indicate Trump was acknowledging he knew at the time of Flynn’s firing in February that he had lied to the bureau’s agents.

“If that is true, Mr. President, why did you wait so long to fire Flynn?” asked Representative Adam Schiff of California, the top Democrat on the House Intelligence Committee.

“Why did you fail to act until his lies were publicly exposed? And why did you pressure Director Comey to ‘let this go?’