Demise of a Great Hero 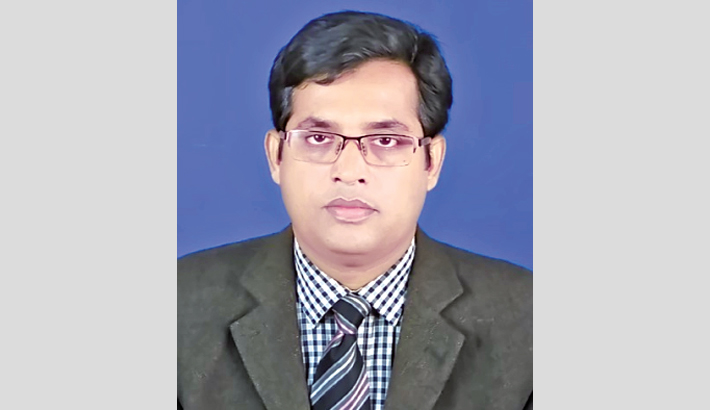 The country has lost one of its great leaders who could dream and assist the countrymen to dream. Annisul Huq, a businessman turned politician, was very popular from his young age when he was anchoring a number of programmes in BTV. His style of anchoring along with a strong voice made him popular among the audiences. Over the period of time, he established himself as a successful businessman who discharged the responsibilities of the president of BGMEA, FBCCI, the SAARC Commerce and Industry and chief of the Bangladesh Independent Power Producers’ Association. These are an indication of his leadership capacities.

One of the most turning points of his life was his decision to contest Mayoral election in the Dhaka North City Corporation. As far as we know, Prime Minister Sheikh Hasina personally chose him to compete in the election. Since then, the whole nation has seen a different Annisul Huq.

During the election campaign, he used innovative strategies to win the support of the voters. We saw him running and cycling with younger voters, sometimes he walked miles after miles, sometimes he sat with the people in slums and so on. Most importantly, his attitude towards his opponent Tabith Awal was so friendly that it drew attention of the countrymen.

Once elected, he dedicated his majority of the time for the development of DNCC despite the fact that he was an established businessman of the country. Very often, we see that businessman turned politicians divide their time equally in managing politics and business. But, he was an exceptional personality. He was everywhere all the time whenever his assistance was required.

He was a visionary leader who could envisage what he wanted to achieve. At the same time, he was very courageous. He showed his courage to fight against all evil forces who tried to create hindrances in the process of his goal attainment. In order to make Dhaka a ‘liveable’ city, he stressed the importance on six-points along with other issues. Those were - clean, green and environment-friendly Dhaka, safe and healthy Dhaka, traffic-congestion free Dhaka, a center of humanity, smart and digital Dhaka, and participatory and well-governed Dhaka. With an intention to achieving these goals he worked day and night. One of the strongest points of his character was that he never feared anybody who wanted to create hindrances in his ways of goal attainment which was clearly evident during the evacuation of illegal track stand in Tejgoan. During the evacuation his life was under serious threat. But he did not step back; instead he remained there with the employees and law enforcing agencies to complete the evacuation.


Another strong point of his character is that he was very soft spoken and had a versatile voice to impress others very quickly. Through his voice, he could not only inspire the young generation very quickly, but also the citizens who assist him in his endeavour to build a better Dhaka. He was always in search of getting ways of making Dhaka a ‘liveable’ city. Most importantly, he had a tendency to stand behind all the city dwellers whenever they required him, be it at the mid-night or early morning. These are the main qualities of a successful Mayor who is considered as the ‘Father of the city’.

One of the important features of Bangladeshi culture is that we do not recognise the contribution of someone who is doing better than others. It is really pity to think that when he was lying in the hospital bed for months, a group of people was busy in making allegations against him on the ground that he was involved in a conspiracy that was done for the overthrowing of the government. That is why; he was forced to leave the country in July. However, the real fact is that he went to London with his family members to celebrate the birth of his granddaughter. While in London, he got sick and taken to the Hospital. Several newspaper sources said that he was suffering from the same problem while he was in Bangladesh as well. But, the doctors here in Dhaka failed to diagnose the real problem. Thus, as a nation, we should say sorry to him so that he could forgive us from the heaven.

Now, a pertinent question is: what would be the fate of unfinished agendas of Mr. Huq that was initiated for the development of the Dhaka North City. If we really love him, it is our responsibility to help the concerned bodies to complete all of his work. The government will have to play an important role in this regard. They should think carefully how unfinished agendas of Mr. Huq could be implemented. If we could make this happen, only then, we would be able to show respect to him.

Finally, we all know that Mr. Annisul Huq is no more in this world physically. But, his ideology and philosophy of working hard for the betterment of people will remain alive to inspire us in our daily life. He will remain alive in the hearts of millions Bangladeshi for his contribution not only for the development of DNCC but also for creating a different political ideology whose main basis was the consensus. His life sketch will be the source of information for our young generation who would steer the country in the years to come. Finally, the country will have to wait for years to find another Annisul Huq, but his ideology will remain available to inspire us.

The writer is a Professor of Public Administration at the University of Rajshahi, Bangladesh