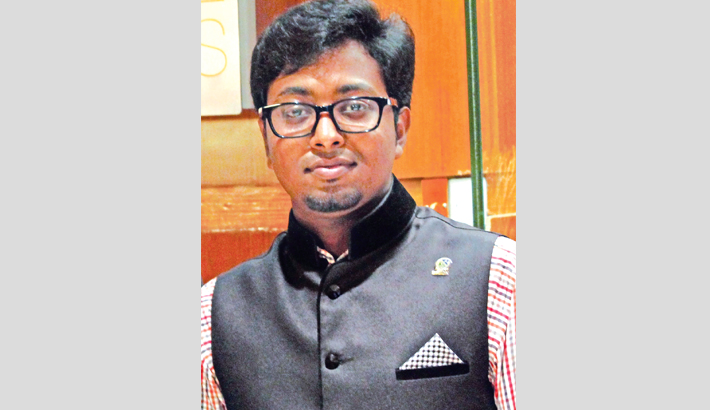 The 2017 catastrophic flood caused harm to lives and belongings in Bangladesh and India. Many critics allege that the India-Bangladesh Ganges water sharing management is a matter of vital concern behind the current floods in many areas of the countries. This write-up endeavours to explore this issue from a trans-national legal point of view referring to the pertinent outcomes of several studies.

The Ganges, Brahmaputra, and Meghna rivers constitute the main portion of Bangladesh river systems and these rivers pass through Bangladesh, Bhutan, China, India, and Nepal. All these three rivers are commonly shared by both India and Bangladesh. Therefore, there is an inherent risk of causing catastrophic damages by unilateral management of these rivers. For this purpose, both the countries have already entered and/or intended to enter into certain bilateral agreements such as the Ganges Treaty.

Bangladesh and India signed the first Ganges water sharing agreement in 1977 which expired in 1988. Later, continuous bilateral discussions for 8 years resulted in creation of the Ganges Treaty between these countries on sharing of water of the Ganges in 1996 for 30 years. Article IX of this treaty upholds the spirit of “equity, fairness and no harm to either party”.

Peter Borkey and some of his colleagues found in their study that the treaty of the Ganges water sharing concentrates only on sharing of water during dry season disregarding the management of heavy rainfall and drainage congestion. Their study concludes that both Bangladesh and India experience frequent “flood occurrences” and “riverbank erosion” for the said reasons. On the other hand, due to the frequent occurrences of flood, sedimentation is increasing and forming huge Indo-Gangetic sedimentary plains for cultivation. Nonetheless, BWDB reports that withdrawal of water at the Farakka during the dry season is causing fall of the water level in the lower Ganges.

In the Ganges Treaty, the principle of “equity, fairness and no-harm to either party” is included. This principle partially resembles the essence of the “No-Harm Principle (NHP)” which is regarded as one of the well-recognised international environmental law principles and part of international customary law. The primary derivation of the NHP can be found in the concerned Arbitral Tribunal’s decision of the Trail Smelter Case [1941]. The Tribunal principally held that a state has the right to use or permit the use of its own territory but in so doing it cannot cause injury to one’s territory.

Whether there exists any customary element in this principle was explored by the International Court of Justice (ICJ) in the Corfu Channel Case [1949]. The ICJ referred to a principle of customary international law i.e. ‘every State’s obligation not to allow knowingly its territory to be used for acts contrary to the rights of other States’ and concluded that the NHP has extended the scope of the said principle to the protection of the environment of the countries.

Afterwards, the United Nations (UN) General Assembly Resolution 1803 recognised the NHP as a supplementary principle of the “Harmon Doctrine” or the “principle of permanent sovereignty over natural resources”. In actual fact, it implied limit of exercising such principle by imposing duty on the States to abstain from causing any damage to other States in the name of their national development and industrialisation.

Subsequently, Principle 21 of the 1972 Stockholm Declaration on Human Environment (SDHE) explicitly enumerated this limitation. This Principle was considered as a principle of unlocking the door for a more wide-ranging conception of “prevention of trans-boundary harm” by the ICJ in the Advisory Opinion on the Legality of Nuclear Weapons [1996]. The ICJ added that Principle 2 of the 1992 Rio Declaration (RD) expresses the analogous scope, conviction, and limitation of the States for exercising their right to sovereignty.


The most recent case of the ICJ is the Pulp Mills on the River Uruguay Case [2010] in which the ICJ reiterated the essence of NHP. Consequently, as per the opinion of the ICJ, both the Principles enumerated in the SDHE and RD are regarded as customary international law principles in nature.

As regards water sharing management and building of barrages, in the Gabčíkovo-Nagymaros Project Case [1997] case, the ICJ very specifically held that the principle of equitable and reasonable manner has to be strictly followed by the watercourse States to participate in the use, development and protection of an international watercourse. Moreover, in the Lac Lanoux Case [1956], the Arbitral Council recognised the ‘right of reasonable utilisation of watercourse without causing any harm to other State’.

From the South-Asian perspectives, it is often found in case of water regime management that the tendency of non-cooperation among the States is greater than that of co-operation. Sometimes, India and Bangladesh are criticised too for having the same tendency even though most of the time it remains unclear whether the criticisms are constructively made or not in absence of proper scientific proof. In continuation of this trend, many people of both the countries contend that the acts of irregularities of the Ganges water sharing management is one of the vital reasons behind the 2017 flood occurrences in both India and Bangladesh.

Hence, a question has been raised as to whether or not the water sharing management of Farakka Barrage between these two countries is equitable and reasonable? Again, even if there is any question of irregularity or harm caused by any/both of these countries, what is the scientific parameter to determine as to what type of harm would be considered as significant irregularity or harm?

Here lies a censure among various people because some consider such issues as sensible whereas some contemplate the flood occurrences as mere geographic expression of these two South Asian friendly neighbours. Thus, the reliable and scientific comebacks of the above-questions are yet to be explored. However, taking the experiences of 2017 flood occurrence into account, India and Bangladesh should apply due diligence for future trans-boundary water sharing management, prevention of geographic risks as well as sharing benefits equitably and reasonably.

The writer is working as a “Lecturer” at the Department of law, East West University, Dhaka, Bangladesh.