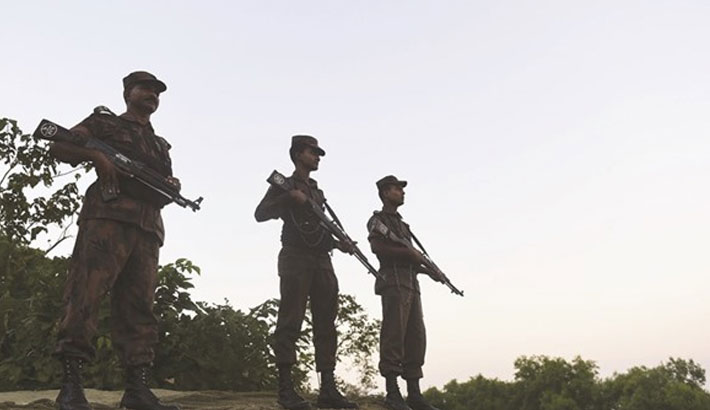 The Border Guard Bangladesh (BGB) has intensified its surveillance on different border areas to check arms smuggling, the BGB chief has said.

The BGB DG said they have intensified their surveillance on different bordering points with neighbouring India and Myanmar so that no illegal arms and ammunitions can be smuggled into the country.

“Identifying some bordering points in Rajshahi, Chapainawabganj and Shibganj as hot spots for illegal arms smuggling and trade, the BGB DG said these areas are being kept under close watch.”

BGB personnel are relentlessly working along the border to check human trafficking and smuggling of arms and drugs, the DG pointed out.

“They also arrested 14 suspected arms smugglers and seized 11,982,006 pieces of yaba pills during the period,” the BGB chief said.

According to detective sources, use of illegal firearms and explosives has increased alarmingly in the country as a group of organised smugglers are bringing these into the country taking advantage of weak border security.

Officials say the majority of the illegal arms are entering the country via the border points in Chapainawabganj, Benapole, Satkhira, Comilla and Brahmanbaria districts.

A large portion of these illegal firearms is going to the militants, detective sources said.

On an average, 80 to 100 illegal firearms are being seized by RAB from different parts of the country every month, RAB said, adding that these firearms are being used in criminal activities, political violence and murder of opponents.

According to detective sources, at least 20 to 25 organised criminal gangs are involved in smuggling these firearms into the capital.