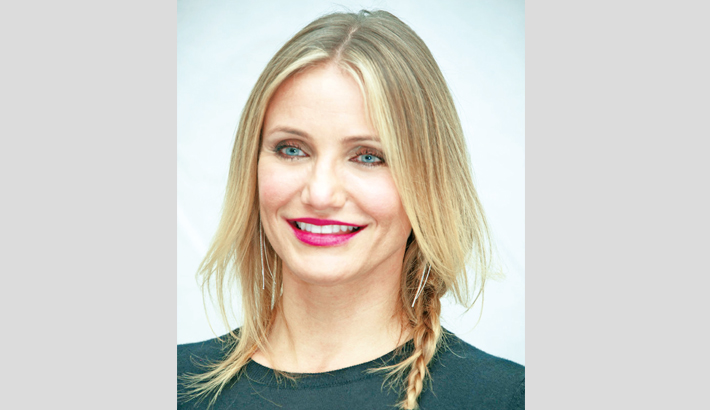 Cameron Diaz stepped away from Hollywood in 2014 to focus on her personal well-being. The Charlie's Angels star, who last appeared in the Annie movie remake three years ago, has yet to announce any new screen projects, and Cameron explains she needed to take a hiatus in a bid to discover herself.

"I just went, 'I can't really say who I am to myself,' which is a hard thing to face up to," she said at Gwyneth Paltrow's Goop Wellness Summit on Saturday (10Jun17). "I felt the need to make myself whole."

During her time off, Cameron met and fell in love with Good Charlotte rocker Benji Madden. The couple tied the knot in 2015, when Cameron was 41 years old, but the actress has no regrets about waiting until later in life to settle down.

"I think it's a matter of I just hadn't met my husband, you know?" she shared. "I had boyfriends before. And there's a really, really distinct difference between husbands and boyfriends. And I have a husband who is just my partner in life and in everything. Talk about two very different people! We are so different from one another, but we share the same values - we're totally two peas in a pod. We are both just weird enough for each other."

"We women are objectified so much," the star added. "Somehow, my husband has just been able to kind of show me what it's like not to have that be a part of a relationship, and being an equal."