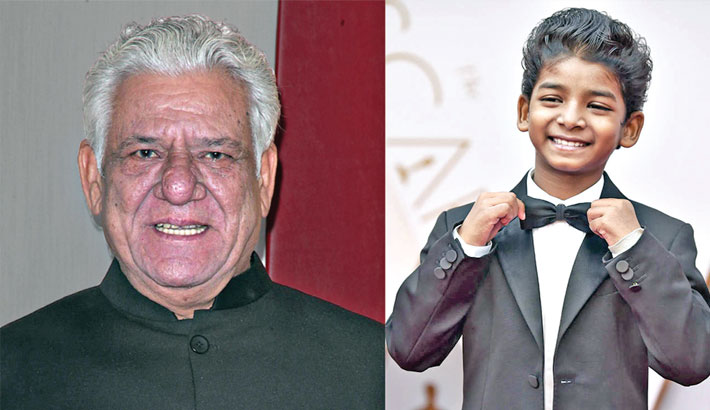 Late actor Om Puri and Hollywood newcomer Sunny Pawar were the big winners at the seventh annual Asian Awards in London on Friday (05May17).

The wife and son of the East Is East star, who died in January (17) after suffering a heart attack at his home in Mumbai, attended the prizegiving at the Park Lane Hilton to accept Puri's Outstanding Achievement in Cinema award, given to those "who push the boundaries of cinema-making".

Meanwhile, Pawar, the child star of Lion, was handed the inaugural Rising Star of the Year award by Bollywood actor Varun Dhawan.