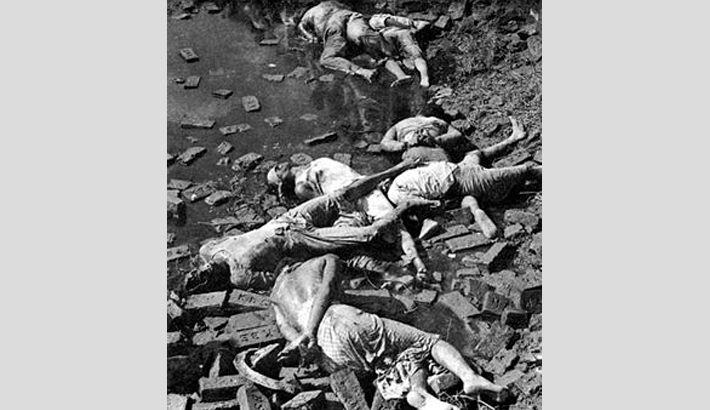 The intellectuals embrace certain ideals and keep the torch of idealism alive who are considered as brainpowers and conscience of a nation. Bangladesh deeply mourns for such individuals even on the eve of celebration of our glorious victory. We cannot forget the atrocities of Pakistani army and their local collaborators initiated by the “Operation Searchlight” of 25 March 1971 consisted of a devastating attack on the people of Bangladesh to kill Bangalee nationalism at a single stroke. Not only that, our joy of victory fades away by the added grief of dreadful execution of the “Operation Liquidation” that resulted in killing of Bangalee intellectuals in December 1971. What a monstrous policy Pakistani army and local collaborators executed to kill such bright souls for making Bangladesh talent less just before a few hours of their surrender!

The Bangladesh Liberation War history is itself the everlasting witness of killing a group of prominent intellectuals belonging to miscellaneous professions i.e. teachers, journalists, activists, doctors, artists, writers, engineers, civil servants, lawyers etc. who were picked up forcibly from their households at the beginning of December 1971. A distinguished researcher on genocide, Rudolph J. Rummel, points out in his book titled, “Statistics of Democide: Genocide and Mass Murder Since 1900 (1998)” that General Agha Mohammed Yahya Khan and his top generals planned to murder Bangalee intellectuals so that Bangladesh, as a nation, cannot hold its head up before the world and remains subordinate to West Pakistan for at least a generation to come. A report titled, “Choranter Chanchollokor Dolil” published in the Daily Purbadesh, 22 December 1971 depicts that a secret meeting held in Mohammadpur, Dhaka on 9 August 1971 which resulted in killing hundreds of intellectuals in different places including Dhaka.

Another report titled “5000 Persons in Dacca were Listed for Annihilation” published in the Hindustan Times, 24 December 1971 exposes the plan of executing the “Operation Liquidation” by stating, ‘the Bangladesh authorities have recovered a list of nearly 5,000 people in Dacca City [which] included practically every single intellectual in the city. Liberation came before operation liquidation came into full effect. Only Allah knows what would have happened, if they had gone through their full programme.’ Still 80% of intellectuals of Dhaka were killed to cripple the Bangalee nation (Wardatul Akmam, Atrocities against Humanity during the Liberation War in Bangladesh: A Case of Genocide, 2002). Most untowardly, an investigative report titled, “Intellectuals Murdered in Cold Blood” published in the Daily Observer, 19 December 1971 produces that, ‘[t]he world news, TV and radio network representatives visited the spot and came across the harrowing scene of brutality. They also located the prison camp at the Physical Training Institute where rooms are still blood-stained and instruments for torturing the victims scattered around.’

The end of executing such unbearable policy of intellectual killings made the whole episode more lachrymal as portrayed in ICT BD cases. In Mujahid Case (ICT BD IV of 2012), it has been depicted by the witnesses that a ‘Torture Camp’ was set up at Mohammadpur Physical Training Institute, Dhaka where the members of Razaaker and Al-Badr Bahini used to torture the intellectuals (at pages 120-21 at para 386). In Nizami Case (ICT BD III of 2011), it has been established that the Al-Badr Bahini found the residences of the selective professionals and intellectuals, dragged them out blind-folded, and subsequent to that, they tortured as well as murdered them (at page 137 at para 285). Thereafter, they dumped their dead bodies in mass-graves and some other places (at page 137 at para 285). Likewise, in Ashrafuzzaman & Mueen Uddin Case (ICT BD I of 2013), the witnesses’ testimonies made it ostensible that most of the intellectuals were brought to Mirpur killing field by EPRTC microbus who were afterwards killed in a brutal manner (at page 52 at para 130).

In this case, on the basis of the lone survivor Delwar Hossain’s testimony, the ICT BD portrayed last moments of Selina Parveen’s life, Bangalee journalist and poet, by observing that, ‘Selina Parveen begged her life, appealed to spare her as she had a kid and there was none to take care of him. But the brutal killers did not spare her. She was instantly killed by charging bayonet. What an impious butchery! What a sacrilegious butchery! What a shame for human civilization! Selina Parveen was a mother. The appalling attack was done not only to Selina Parveen but to the mother’s line. The killing was rather a ‘matricide’. This indescribable brutality shocks the human conscience indeed’ (at page 109 at para 316).

Another witness Dr. Md. Enamul Huq Khan son of Shaheed Dr. Serajul Huq Khan testified before the ICT BD that, ‘[f]rom December 16, I searched my father’s dead body for about two weeks in all killing fields situated nearby Dhaka. I looked for my father’s body among the bodies floating in the rivers. But I found it nowhere. I have touched uncountable distorted corpses with my own hands. My hands still smell of those corpses and I feel this smell is of my father’s body’ (at page 55 at para 145). Truth be told, before killing the intellectuals, their eyes were plucked off and thus, most of their dead bodies could not even be identified and traced.


The killing of intellectuals was indeed an act of uttermost madness. However, the submission given by Barrister Tureen Afroz in Mujahid case before the ICT BD added that it was not only an act of madness but also a pattern crime. She submitted very lucidly in advancing an argument that the policy of abduction and killings of Bangalee intellectuals were ‘parts of pattern crime and in furtherance of common policy and design that occurred at the verge of nation’s victory on 16 December’ (at page 17 at para 52). When the whole nation was supposed to celebrate its victory on 16 December 1971, it was surrounded by the grief of missing intellectuals. Instead of enjoying the victory that the best sons and daughters of Bangladesh achieved through nine months long war, the family members and relatives were searching for their dead bodies from here to there at least to meet their beloved ones for the last time.

Perhaps we are now speechless at the end of this brief reading remembering the Bangalee intellectuals’ sufferings caused by a mortifying policy of Pakistani authorities. Even when a Pakistani citizen, Ali Usman Qasmi, visited Bangladesh and came to know about the killings of students, intellectuals and teachers committed by the Pakistani military, he expressed that he felt remorse, guilt and shame as a Pakistani (Ali Usman Qasmi, 1971 War: Witness to History, The Herald, 18 December 18, 2015). The Bangladeshi people, populaces of a proud nation, always show respect to the intellectuals with the highest and solemn tribute and observe the Martyred Intellectuals Day on 14 December every year.

Simultaneously, as mass memory is always more powerful than anything else, they always show intense odium to Pakistan for killing the bright souls of Bangladesh executing such a shameful policy.

The writer is a Faculty Member of the Department of Law, East West University, Bangladesh.