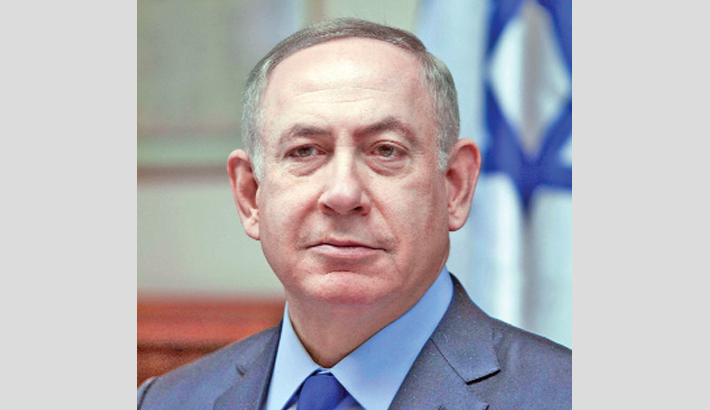 The move comes after the Security Council adopted a resolution demanding an end to Israeli settlement building on occupied land. The resolution was passed after the US refused to veto it, breaking with long-standing American practice.

Netanyahu insists that Israel will not abide by Friday’s vote at the 15-member UN Security Council, which was welcomed by Palestinian leaders.

“I instructed the Foreign Ministry to complete within a month a re-evaluation of all our contacts with the United Nations, including the Israeli funding of UN institutions and the presence of UN representatives in Israel,” he said.

He described the Security Council decision as “biased and shameful”, adding: “It will take time, but this decision will be annulled.”

Meanwhile, Israel on Sunday summoned representatives of states that supported a UN resolution demanding it halt settlement activity, while cutting civilian coordination with Palestinians by way of rebuke, reports AFP.

Foreign ministry spokesman Emmanuel Nahshon said that the 14 envoys of UN Security Council members will visit the ministry in Jerusalem throughout the day.


The Egyptian-drafted resolution had been withdrawn after Israel asked US President-elect Donald Trump to intervene, but it was proposed again by Malaysia, New Zealand, Senegal and Venezuela.

The resolution, approved by 14 votes to zero, with only the US abstaining, demands that Israel immediately “cease all settlement activities in the occupied Palestinian territory, including East Jerusalem”.

It says Jewish settlements are a “flagrant violation under international law and a major obstacle to the achievement of the two-state solution and a just, lasting and comprehensive peace”.

Earlier on Sunday, army radio reported that Defence Minister Avigdor Lieberman ordered the Israeli security establishment to cease to all cooperation on civilian matters with the Palestinians, while retaining security coordination.

Israel earlier announced that its ambassadors to New Zealand and Senegal had been ordered to return for consultations and that it was cutting all aid programmes to Senegal.

Israel has no diplomatic ties with Malaysia and Venezuela.

The issue is one of the most contentious between Israel and the Palestinians.

About 500,000 Jews live in about 140 settlements built since Israel’s 1967 occupation of the West Bank and East Jerusalem. The settlements are considered illegal under international law, though Israel disputes this.

The US envoy to the UN, Samantha Power, said the resolution reflected the “facts on the ground” that settlement growth had been accelerating.