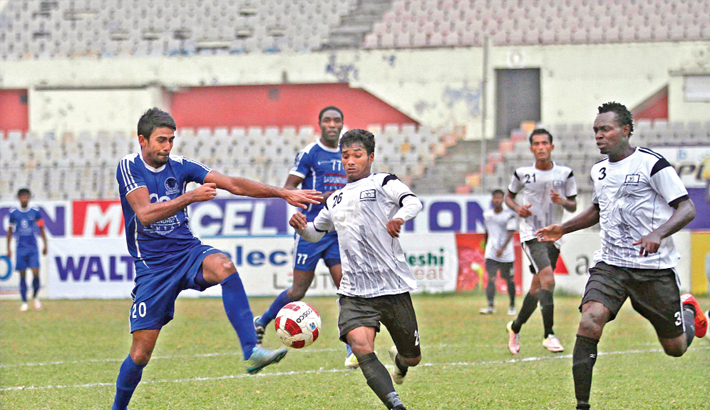 After the barren first half, Sajid scored the match winner in the 69th minute.

With this win, Arambagh collected 26 points from 21 outings, having five wins, 11 draws and five losses.

Both the goals were scored in the first half of the match. Shabuz scored the first goal for Mohammedan at 19th minutes. Sheikh Jamal equalize the score with the goal by Landing at 25th minute.